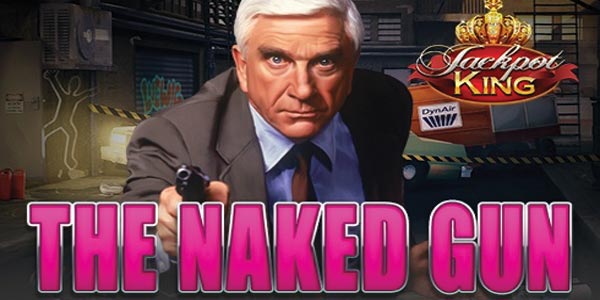 Blueprint Gaming, a prestigious game developer based in the UK, announced the release of its new slot machine called The Naked Gun. This criminal comedy themed entertainment option designed with HTML5 technology was launched on all casinos powered by Blueprint Gaming in May 2017.

The new Naked Gun slot machine was developed under license from Paramount Licensing, and it deals with the comic escapades of the awkward detective Frank Drebin in the classic trilogy “Is There a Cop …” (English version) , Whose first film was released in 1988. This film was frankly to die of laughter. Crime comedy fans can now rediscover Frank Drebin’s antics by spinning the reels of this new Blueprint Gaming entertainment option.

Blueprint Gaming CEO Matt Cole said, “The Naked Gun is a classic movie, and we’re excited to introduce this franchise into the world of interactive slot machines with our latest production. This is an entertaining slot machine that offers players excellent playability as well as many opportunities to win huge prizes with four bonus games and a variable number of paylines. ”

He continues: “We have developed several slot machines by operating independent brands, offering gamers entertainment options that are familiar to them and operators with superb marketing opportunities. The Naked Gun is a great addition to our portfolio, and we are delighted to offer it to our partners. ”

The new Naked Gun slot machine features 5 reels, 3 rows and 20 paylines. Fans of the trilogy will feel at ease by trying their luck on this hilarious title. Not only will they see most of the actors on the reels, but they will also recognize a rather famous scene in the set. As the game unfolds, you’ll hear the familiar voice of legendary detective Frank Drebin, and every time you click the spin button, an interlude of jazz music will sound in the background.

This online slot machine is action-packed and full of features, including four free spins bonus games, namely Free Spins, Free Spins, Home Run Free Spins and Crime Scene Free Spins. Each of these bonus games features a variant of the Roaming Wild feature. In addition, during the On the Edge Free Spins Bonus Game, the number of active paylines increases from 20 to 40. The Naked Gun Video Slot also features Blueprint’s Jackpot King Feature that allows you to win a jackpot progressive. It activates randomly and offers bettors the opportunity to win huge prizes on the Super Reels or progressive jackpot during the Wheel King Bonus game.

The new Naked Gun slot machine was developed with HTML5 technology and features remarkable graphics, an immersive soundtrack and an attractive gameplay.

Players can now join Detective Frank Drebin in his fight against crime on the new slot machine The Naked Gun. It is already available on all casinos powered by Blueprint Gaming. Unfortunately, this developer does not provide his games to the players of French online casinos, which means that the latter will not be able to play this game for real money. The Slotfather: Part II slot machine from the renowned Betsoft developer, an entertaining 5-reel, 243-way winning game with a similar theme that is equally feature-rich on the casino Line Tropezia Palace.