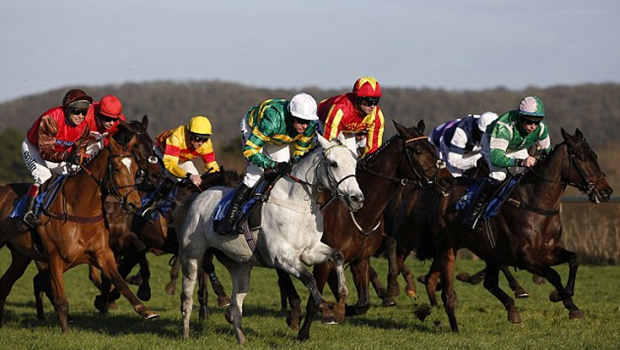 Nicky Henderson’s Bloody Mary was cut in the betting for the inaugural Trull House Stud Mares’ Novices’ Hurdle at Cheltenham after winning on her British debut at Taunton.

Bought by JP McManus after winning six of her seven races in France, she began her career in Britain in the Openbet Novices’ Hurdle.

Starting her career at a fairly lowly level in Britain, the five-year-old nevertheless came up against a decent opponent in Philip Hobbs’ Banyu, who had won at Ludlow in November. But having travelled through the race very strongly in the hands of Barry Geraghty, everything looked to be going to plan for the 4-6 favourite. However, Banyu looked a big threat running between the final two flights and Geraghty had to get pretty serious before Bloody Mary exerted her influence to win by two and a quarter lengths.

McManus’ racing manager Frank Berry said: ‘It was nice to see her continue her winning run, it can only help her confidence. ‘She was workmanlike, but she likes that soft ground. ‘The pleasing thing was how well she jumped British hurdles on her first run over them as sometimes it can catch the French types out. ‘She’s got a lovely way about her. She was very game and she’s an interesting type going forward.

WHILE Ivanovich Gorbatov may be the buzz horse for the JCB Triumph Hurdle at the Cheltenham Festival a live challenger threw his hat into the ring on Thursday in the form of effortless Warwick winner Fixe Le Kap.

Trained by Nicky Henderson, who has won a record six Triumph Hurdles, Fixe Le Kap races in the two-tone green colours of owners Simon Munir and Isaac Souede which were carried to victory at Cheltenham by Soldatino in 2010 and Peace And Co last year.

Having made a winning start for Henderson and the owners at Newbury last month, Fixe Le Kap carried a penalty in the 2m juvenile hurdle at Warwick but was well-supported in the market returning the 300-100 favourite.

The winning distance over second Three Colours Red was a yawning 28 lengths, and the manner in which the four-year-old nimbly and accurately cleared his hurdles before powering away under a motionless Daryl Jacob would no doubt have pleased connections.

Fixe Le Kap was cut to 10-1 (from 16) for the Triumph Hurdle by BetVictor and BoyleSports with Ivanovich Gorbatov the favourite for the race at a general 3-1.

Henderson said: « We’ll look for something better now, but I wouldn’t think Kempton [for the Adonis] would be his track so we might think about the Victor Ludorum at Haydock where at least he’d likely get his ground.

Jacob, who is contracted to ride for Munir and Souede, may have a tricky choice to make in the Triumph Hurdle with the owners also having Sceau Royal and Footpad in the race.