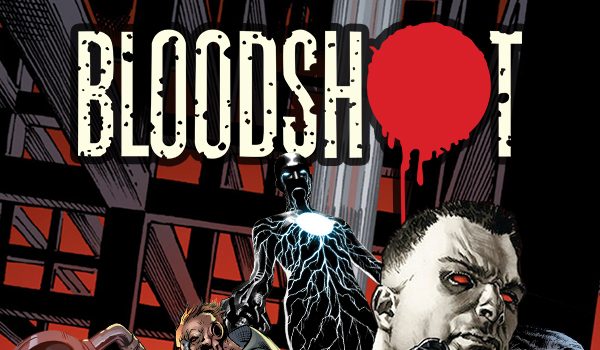 The software vendor Pariplay has a reputation for designing original games with incredible designs, and it proves it again with its new bloodshot slot machine.

The new bloodshot slot machine designed by Pariplay is now available on all casinos powered by the developer and ready to embark on a bloody adventure. This action-packed production is inspired by the comic book character Blood Shot. You will be able to witness the struggle that this character is fighting against evil, and the justice he applies to those he meets. This 5-reel, 40-payline game features high-quality graphics and displays symbols such as a machine gun, knife, grenade and the four main characters on its reels. The action is intensified by a superb soundtrack and impressive game features such as free spins, jokers and bonus games.

The software developer Pariplay is most likely delighted to have created a game using the characters of one of the most popular comics. The title incorporates several sublime features to enrich your sessions. During the basic game for example, the joker brings up nano-robots on the reels to replace the other symbols and help you win big.

The entertainment option incorporates not one, but three different bonus parts. The bonus wheel that appears when the “Bonus” symbol appears three times on the screen. After spinning the wheel, you can enjoy the bonus game “Wild Nanite”, the “Bloodshot Attack” or multipliers. If it’s the Wild Nanite bonus game that’s activated, you’ll get 3 free spins. During these rotations, the joker represented by the symbol of the nano robot appears to occupy up to 5 positions on the rollers. The bonus game “Bloodshot Attack”, on the other hand, grants seven free spins during which sticky wildcards appear on the reels after gaining. Finally, when you get multipliers, your stake is multiplied by the number that is written on the wheel.

Omni Slots casino is a destination of choice for slot machine enthusiasts. Created in 2015, accredited in Curacao and owned by Dial invest International NV, this platform has a reputation for offering a wide range of titles to players around the world. As for promotions, players are welcomed with a deposit bonus of 100% up to 300 € plus 50 free spins. The Bloodshot slot machine is available on this great site, and you can already enjoy it. Sign up today at the Omni Slots casino and use the 100% bonus to discover the new Pariplay slot machine.