Posted on November 4, 2022 by Admin in Gambling 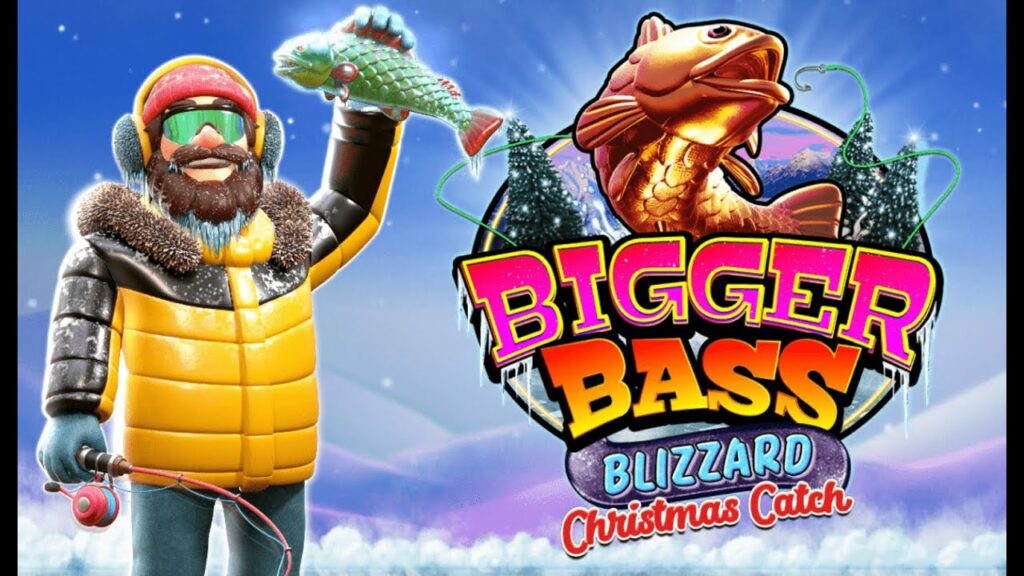 The Bigger Bass Bonanza slot from Pragmatic Play already existed, but now there is also a Christmas-themed variant available. Bigger Bass Blizzard: Christmas Catch will launch in the upcoming months and bring more of the familiar graphics while adding more winter holiday-themed decorations.

Bigger Bass Blizzard: The player will find 12 active paylines on the 5×4 reels of the Blizzard: Christmas Catch slot machine. Along with strong volatility and an RTP as high as 96.08%, there will be jackpots worth up to 4,000 times what was wagered. Wilds, scatters with free spins, and the Fish Money icons are the bonuses to look forward to.

There will be values ranging from $0.12 to $60 with the typical Pragmatic Play mixture of bet possibilities, enough to pay for your subsequent spin.

I like the RTP of up to 96.08%, but you still need to watch out for operators who choose the lesser numbers. You must exercise caution when playing this slot because it is still very volatile.

To assist you, wild symbols are available; they include the Fisherman as their symbol. These are substitution symbols, but they also have the potential to pay up to 200x on their own.

The Fish Money symbols are the next, and they pay when five of them appear in a row. However, the payout can range from 2 to 4,000 times the investment at random. These are paid during no-cost games as arbitrary currency symbols.

Up to 20 free games can be won whenever you manage to line up at least three scatter symbols—a fish with a hook—on an active payline. There is a little possibility that a third scatter will be added, even if you only have two scatters.

The prizes displayed on Fish Money symbols will be collected by wilds once the free spins begin. Once you have four wilds, the free spins are retriggered with 10 more spins and an increased multiplier.

Although the game’s focus is fishing, the mood is more wintery and appropriate for the Christmas season. Otherwise, we’re looking at the same array of fish in various sizes or Royal emblems. Among those emblems are also the float and the fisherman.

It differs in appearance. At least a little bit different, as the action switches from Bigger Bass Bonanza’s balmy, tropical atmosphere to one that is much chillier. How much fish could be caught in a blizzard and how safe the activity would be are both open to debate. Although there isn’t much snow falling or wind howling while playing Bigger Bass Blizzard, it definitely appear cold. The studio has added some snow-covered trees for background and framed the top of the grid with icicles to emphasize how cold it is.

Bigger Bass Blizzard: Christmas Catch doesn’t have the sleek appearance of today’s slots, it has a large following of fans who will enjoy playing a winter-themed variation of the game over the holidays. I found its unique qualities to be enjoyable.