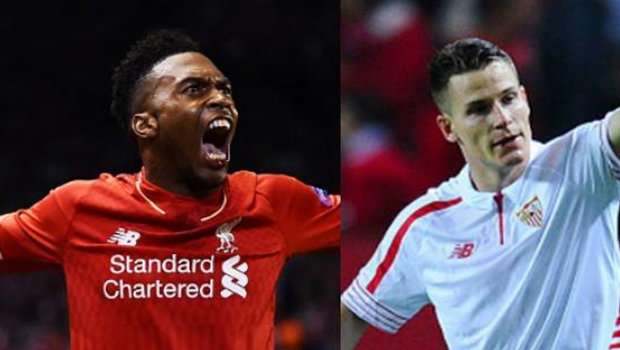 It has come to an end of one amazing season in the Europa league, a season full of amazing turnovers, turn arounds, goals that will be remembered for the next 20 years, and motivations in the dressing rooms like no one has seen before.

Such thing is the story for the last match in the competition for this year. Liverpool vs. Sevilla. The once who watched the previous games know how they made their way here, and they totally deserved it.

The Liverpool and Sevilla face Wednesday in the final of the Europa League 2016 in the Swiss city of Basel. (20: 45h)

An English victory would be champion of the tournament -called previously UEFA- Cup on four occasions, after which he won in 1973, 1976 and 2001, which would tie in the top of the history with Sevilla. If the win is Spanish, the Seville would land in between, with five titles, over Liverpool and other big European as Inter Milan and Juventus Italian.

The his palenses achieved his fourth trophy last year in Warsaw to the Ukrainian Dnipro and a year before in Turin the third against Benfica Lisbon, so now rushing another challenge, win it three times in a row, something no one has done in this tournament.

Sevilla previously played two finals, the first in Eindhoven (Netherlands) in 2006 and the second in the next edition held in Glasgow (UK), which has a full four hits in four appearances. Liverpool, which for the second season playing left-back Alberto Moreno, Seville and trained in the club’s youth Nervion also he won the second continental tournament three times played in the final, so in Basel will be given first once that one of the two to remain as runner-up.

The Europa League (formerly UEFA Cup) today live, Wednesday, a final in Basel between two teams who know what it is to succeed in this competition, as the Sevilla aspires to a fifth title and Liverpool to fourth in its history .

Sevilla won their first trophy when the UEFA Cup tournament was called, with a 4-0 win in the final of Eindhoven in 2006 against Middlesbrough with a double from Italian Enzo Maresca and Luis Fabiano many Brazilian and Malian Frederic Kanoute.

The second came one year later when he beat Espanyol in Glasgow Barcelona on penalties (3-1) after a draw in regulation time and extra time (2-2).

For more information of the match, and more matches that are related to this week’s sport schedule in any sport, visit Jackpot Bet Online, the site or the facebook page. We are expecting you.