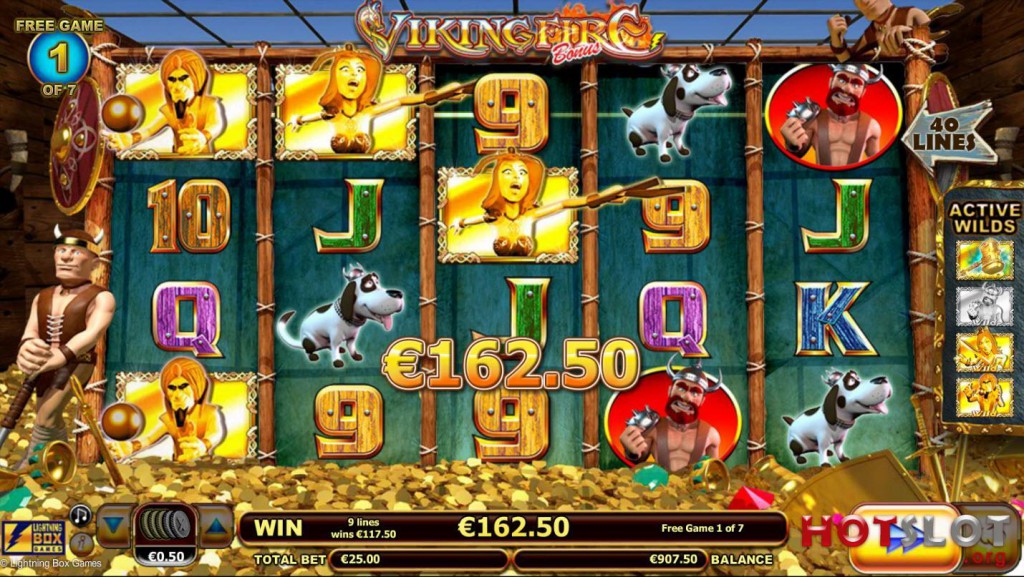 Lightning Box Games recently designed the Viking Fire Video Slot, and the game was exclusively available on the Betsson casino.

The online slot machine Viking Fire was designed in order to provide the best possible entertainment experience, and it remained exclusively available at Betsson Casino until 30 November. Pending this date, the players of this establishment were able to enjoy it for two weeks before the official launch on all platforms, including PC and mobile.

The Viking Fire Slot features 40 payment lines filled with symbols that relate to the theme, including a shield, catapult rocks, enemy ships, Viking men and women, several gold symbols and poker icons made from wood. A Viking warrior stands on the left side of the reels to celebrate each win, and his exuberant actions could also increase your chances of winning sometimes.

Several features will certainly attract attention, including the Scandinavian soundtrack, cartoon style graphics rich in vivid colors, as well as the bonus parts of innovative free spins. Other bonus features are also available, namely a wildcard and a scatter symbol.

The free spins feature triggers when you get at least three bonus symbols, and at this level you will have to participate in a battle. If you are sailing a boat, you will be entitled to free spins as well as additional jokers. Initially, the functionality is activated by granting 5 free spins, but a greater number of rotations can be awarded during the game, and three additional jokers represented by main symbols will become golden. You could have a golden wizard, a Viking golden princess or a golden Viking male. The joker appears regularly in order to increase your chances of winning, and all prizes are multiplied by two when involved in a combination.

Peter Causley, Director and Co-Founder of the company’s development of software Lightning Box Games, expressed his excitement about the launch and said that Viking Fire has a traditional Scandinavian theme, created with vivid visuals and sound effects to enhance the light touch of the game. The developer was delighted to offer his slot machine at online casino Betsson for two weeks before its official launch, because Betsson wanted to allow its members to be the first to benefit exclusively the title.

Paul Malt, Head of Games Division at Betsson, said the Viking Fire Video Slot was the perfect option for the operator and he was very excited to offer this game to his players before all the other sites. Malt explained that the casino was looking for new titles to add to its already impressive portfolio, and that Viking Fire met all the required criteria. Also, the bonus features are particularly exciting, and Malt was convinced that the players would enjoy several hours of entertainment trying to sink the enemy boats.