Posted on December 5, 2017 by Admin in Uncategorized 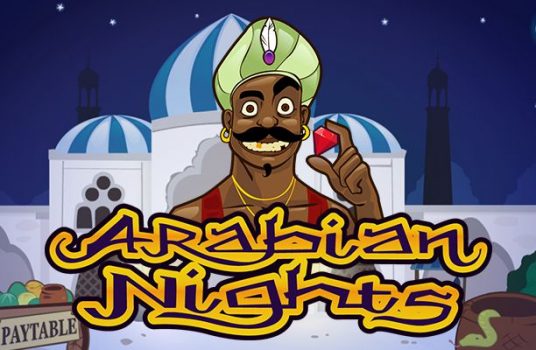 Of all the online slot games around, there is one strain of game which will always attract more players. These are the progressive jackpot slot games, ones which offer the potential of enormous jackpot wins for a minimal investment. Progressive jackpot games work by taking a percentage of each player’s per-spin bet and adding it to a cumulative jackpot. This can be one game, or all the versions of a game at different casino, or even a series of linked games. Obviously, the more that a game is played, the higher the jackpot rises; sometimes into millions of pounds. We are going to take a look at some of the best progressive jackpot games on the market, to see where you should be spinning those reels.

Let’s start with the elephant in the room, the big daddy of the online slot gaming world. Mega Moolah from Microgaming is the holder of the record for the largest ever pay-out from an online slot game to date. A young Englishman was playing this game at betway casino in 2015 when he hit the jackpot to the tune of a £13,213,838.68 win. The Mega Moolah game itself is nothing out of the ordinary in terms of visuals, taking the theme of an African safari where the reels are filled with cartoon animals. The game dates back to 2006, making it very much an old-timer in the world of online slots, and the return to player of just 88% is very miserly. However, the prospect of scooping jackpots which are invariably worth millions of pounds continues to prove irresistible to thousands of players.

The Arabian Nights slot cannot compete with Mega Moolah in terms of the size of its jackpots, but it is still one of the more popular progressive slot games out there. This game takes the stories of the Arabian Nights as its inspiration, so expect traditional symbols from those tales like the magic lamp to make an appearance. This game was released in 2006 by NetEnt, making it another veteran slot. The game offers a better potential return to players than Mega Moolah, although the fact that the only stake option is £5 will be off-putting for some. However, that does mean that everybody has got an equal chance of striking it lucky and reeling in that magical jackpot.

Mega Fortune is another progressive jackpot slot game from NetEnt, and one which has proved to be immensely popular with players. Hardly surprising, given that this game has been responsible for the second, (and third), highest slot game payouts of all time. With jackpots consistently in the millions, this remains high on the lobbies of many online casinos. The game is all about money, with images of various luxury goods featuring on the reels. The game is slickly designed and very playable, and with a release date of 2009 it looks a little fresher than the two preceding games. As with the other progressive jackpot games, the jackpot game can be triggered on any spin, although you have a better chance of doing so if you are playing with maximum bets.

The Pink Panther game is based on the famous cartoon character, and is brought to us by another major gaming provider in the form of Playtech. This game is a little different to the ones mentioned above, in that there is more on offer here besides a simple base game and the potential jackpot bonus game. In fact the Pink Panther slot is jam-packed with bonus games, making for very entertaining game play. There are various mini-games and bonus features on offer here, many of which are randomly triggered, and which feature the eponymous panther and various other characters from the cartoon show. Besides that, there are also two different jackpot games which can also be sprung at any time. If you unlock the jackpot game then you open doors to reveal different characters, hoping to win the Major Pink jackpot rather than the Minor Pink or the consolation prize.

The final game on our list of the best progressive slot games is called Jackpot Giant, and again this one comes from Playtech. As the name may suggest, this game regularly offers jackpots measured in millions of pounds. This is one of the newer games on our list, having been released in 2014. It is a nicely animated game where a friendly giant is the star, and the reels feature symbols which seem to have been hewn out of volcanic rock. The base game is entertaining, and capable of providing enough wins to keep players happy, even if you don’t manage to trigger the super jackpot games.