Be aware of the Cheltenham gold cup 2017

Be aware of the Cheltenham gold cup 2017 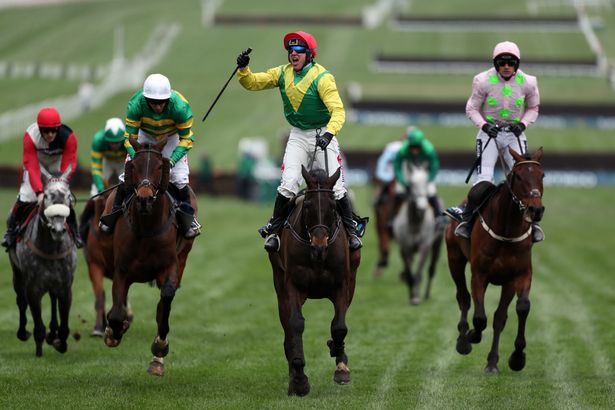 Fans of horse racing worldwide have a crush on how they take part in and win a Grade 1 National Hunt horse race namely The Cheltenham gold cup run on the Cheltenham Racecourse in England. The overall distance of this horse race track is 3 miles and 2 1/2 furlongs. All participants in this horse race have to be geared up for jumping 22 fences. They are eagerly waiting for announcement of the date and time of this horse race sport conduced every year during the most famous Cheltenham Festival in March.  The Steeplechase is opened to horses aged 5 or more than 5 years old. This event is the most renowned and prestigious national hunt events.  Many people worldwide are keen to watch this event and take part in the Blue Riband of jump racing.

It is the right time to know about the non-handicap chase in Britain namely The Gold Cup and make a good decision how to realize your ideas about the upcoming Cheltenham festival.  The first horse race in this genre took place in 1819 in this nation. This flat race was impressed every participant and viewer.  This race was contested over three miles on the famous Cleeve Hill. Spectre was the inaugural winner of this race and won 100 guineas prize for his owner namely Mr Bodenham.

The regular track is used for this horse race event since 1959. Arkle won this race three times consecutively from 1964 to 1966.  You may be a beginner to this horse race and like to know about fundamentals and the latest aspects of this famous event.  You can take note of the most recent news about this horse race and make an informed decision about how to act in the upcoming festival.

Timico Cheltenham Gold Cup is the sponsor of the Cheltenham Gold Cup from 2016 to 2019.  You can pay attention to the winner, SP rate, age, jockey, trainer, owner, field, runners-up, time and other things associated with this event in recent years. This is because you can get the most expected support and make your ideas about an easy way to gamble on appropriate odds of this game.  Don Coassack was the winner of the 2016 Cheltenham Gold Cup. The jockey, trainer and the owner of this horse are Bryan Cooper, Gordon Elliott and Gigginstown House Stud respectively.