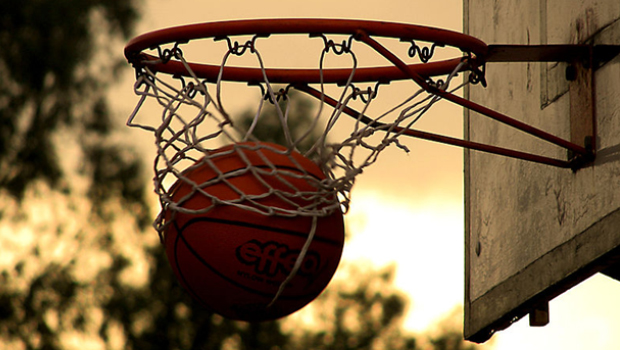 This is a program supervised by the European Union that aims to study the causes of violence in the basketball courts in some countries of the Old Continent. Spain is working with the Federation of Basketball Lithuania, Croatia, Turkey and Bulgaria following a roadmap that led to the protagonists this week to Kaunas. After a Saturday of basketball 3×3, with the Spanish teams winning in both categories International tournament ‘Fans Against Violence’ (read more), Sunday was a day of sightseeing and coexistence. The day began with a visit to the facilities of žalgiris arena and continued with a round table in the city of Kaunas, with the participation of former Lithuanian coach Kestutis Kemzura , and in which the problem of the Baltic country was exposed to violence basketball. in the afternoon the day focused on a visit to the Sport Museum and the old city, and an explanation of a novel form of basketball with three baskets are having some impact on Lithuania. Sunday ended with the presence of the participants in the meeting between Zalgiris-Pieno Zvaidzes . A day of living with all the ‘fans’ of. Program FANS AGAINST VIOLENCE The project’ Fans Against Violence “, in which the Federation of Turkish Basketball, Lithuania, Bulgaria, Croatia and Spain participate, aims to analyze and study the problem of violence in European basketball. In the first stage of the project, which ended on 31 December 2015, the situation on violence in the basketball courts in each of the participating countries contextualized. From January 2016 began the second phase of the project, with a visit to Spain of fans of the four countries working for a meetings and the presence in the Madrid derby between Real Madrid Liga Endesa and Movistar Estudiantes. 3×3 tournament after Lithuania, the next stage will be the participation of younger fans at the 2016 Universiade to be held in Zagreb; to finish with a final project meeting in Istanbul to set the final conclusions.

Vitoria, this year, should be written with basketball. The city teams are hatching this season and in full bloom in the spring campaign stretch. Basketball fans tend to squint Alava by the multitude of stimuli, parties, promotions end and phases of the clubs of the capital protagonists in these dates.

If the Baskonia has given a lesson of character in the Top 8 of Euroleague to sneak on merit at the Final Four in Berlin, a number of teams from different categories have also shown their class to be at the top of their respective categories, to aspire to promotion or to ascend to the elite basketball.

This is the case Araski, this weekend has made history of the sweetest and exciting way. After playing the ascent phase in Cáceres this past bridge San Prudencio, this club, created only six years ago, he has managed to get into the national elite of women ‘s basketball. With Livia Lopez as president and madelen Urieta as coach and sports coordinator, they have achieved something unthinkable at the beginning of the season.

In his third year in female Liga 2, summer 2015 was full of setbacks. The club tried to overcome the many obstacles with the addition of five new faces, but the beginning of the current season was not as good as they might think. The team started losing three of the first four days, although, at that time, something changed on this computer. Mendizorroza became the stronghold of Araski and reached a streak of 15 consecutive wins and a growing team and several players.

The Final Phase the solventaron with that naturalness that has this group to achieve victories and based on the maximum defensive effort and running track. Hunger of Alava was shown in every game and the winner gene was caught in the locker room to achieve the feat. After 24 years after that Eroski First Division, the women’s basketball Álava returns to the elite hand Araski, an achievement that is not the result of chance in a city that breathes and lives in vein sport the basket.