Posted on January 31, 2015 by Admin in Basics of Basketball, Basketball 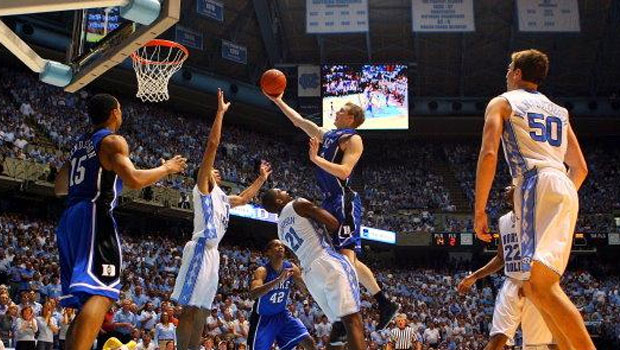 The basketball is considered to be a traditional game. It is played by two teams each comprising of 5 players. It is played on a rectangular court. The purpose of the game is to score field goals. The basket ball should be shooting through a basketball ring which is mounted on a backboard 10 feet above the ground. The field goal scores two (2) points while a shot made from behind the 3-point arc will score three (3) points. The team with the highest score is considered to be the winner. Basket ball can be played by anyone both able and disable bodies.

Starting and recommencing the game:

Unlike many sports a coin toss doesn’t take place in basketball. They do not rotate scoring ends quarter by quarter basis, but rather rotate once a half time. The game starts with a jump ball at the center of the court. When the point is scored the ball is brought back into play. The ball is passed via an inbound from one team to another. At the recommencement of the second, third and fourth quarters the ball is passed inbound by one teammate to another on the halfway line.

All the players should feel comfortable holding the ball. The ball should be placed on the palms and the fingers should be spread so that there is better ball control. Confident ball handling greatly assists dribbling, passing the ball, catching it and shooting. Dribbling is nothing but bouncing the ball repeatedly on the floor. Dribbling cannot be done with both the hands but it can be done with either hand. When a pass is not possible the dribble is made. The purpose of passing is to advance the ball up the floor as quickly as possible to achieve better court positioning. There are varieties of methods to pass the ball depending on the ball carriers and their position. These include two hand chest pass, two hand bounce pass, push pass, curl pass, baseball pass etc. Catching should be developed at an early stage by the children. Regular practice must be made to get a good result. The basic skill requires both hands and arms to be stretched forward and all fingers spread to grip the ball. By shooting the score can be increased. Each team has typically 10 players with 5 allowed on the court. The positions of the 5 who are on the court are typically referred as point guard, shooting guard, small forward, power forward and center.

Things a player can do:

Pressure, chase and block the ball. Dribble the ball towards the basket. Score points by shooting the basket.

Things a player can’t do:

They should not draw any physical contact or intentionally pull, hold or trip the opponent. They should carry the ball without dribbling. The player should not get 4 personal fouls in a game.