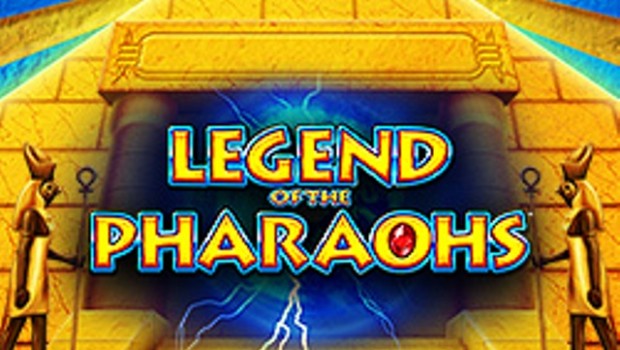 Considered a forerunner in the industry and known for its remarkable productions, Barcrest Gaming continues to innovate, and the Legend of the Pharaohs slot machine is a testament to this.

Since its entry into the online gaming world, this betting software developer has been phenomenally successful due to the fact that it only designs great entertainment options, and its latest slot machine Legend of the Pharaohs Does not derogate from the rule. This new game on Ancient Egypt was made available on all accredited platforms and powered by Barcrest in late April 2017, and you can access it on tablet, PC as well as from mobile devices.

More information on Legend of the Pharaohs slot machine

Ancient Egypt undoubtedly has one of the most exciting and inspiring stories of all time, with the Pharaohs representing its highest authorities. They owned all the lands and ruled the country through politics and religion. Inspired by their glorious epics, Barcrest Gaming has developed a remarkable slot machine game entitled Legend of the Pharaohs. This exceptional entertainment option includes 5 reels and 20 paylines, as well as Big Bet functionality, free spins and more. The new Legend of the Pharaohs slot machine features impressive graphics and a colorful interface. You will be transported to the heart of the action just by seeing the two gold pillars arranged on either side of the scrolls and on which are engraved hieroglyphics. You will discover symbols such as numbers, letters, a beetle, the Nile Key, the Eye of Horus, the title logo, as well as a pyramid.

The gambling range of this online entertainment option is between 0.20 and 500 €. You have the option of adjusting the number of paylines you want to bet on, with the bet per line that varies from 0.01 to 0.25 €. There is also an “Auto play” option which gives you access to various parameters to be configured such as the number of automatic rotations, the loss limit and the conditions to end the functionality. When you get 3, 4 or 5 icons from the blue pyramid anywhere on the reels, you trigger a part of 10 free spins associated with 1, 2 or 3 special features respectively. The first, Colossal Symbol Bonus, will give you a colossal symbol that is selected at random and will extend to cover 9 squares (3×3) on the reels. This icon will remain locked until the end of the free spins portion or until you trigger the feature again. Once activated, Win Eliminators Bonus allows you to remove some of the less lucrative symbols from the reels so you can get bigger gains. Up to 5 icons can be deleted. The Wild Reels bonus feature will turn a whole reel into a wild card that will be held in place until the end of the bonus game while the other reels will continue to rotate. The winnings will be added to your balance on the screen. The other icon on which you should keep an eye during the free spins part is the red pyramid. It acts as a scatter symbol and resets the functionality of free spins! You will be awarded a number of free spins with 1, 2 or 3 special features if 1, 2 or 3 icons of the kind appear on the screen respectively.

The Big Bet option takes into account the same configuration, that is to say 5 reels and 20 paylines, and for each game option you will be entitled to 5 rotations. Payments will be the same as the normal portion, but the minimum bet per line will be € 0.10. When you activate the option “20 Game”, you will have 5 rotations to make during which you must collect at least 3 icons of the blue pyramid in order to obtain free spins. The “30 Game” option allows you to activate the Pharaoh’s Bonus feature by collecting two icons from the blue pyramid. You will then be invited to spin a wheel to win cash prizes, bonus features or end the game. The “40 Game” option allows you to activate the SUPER Pharaoh’s Bonus feature that also makes the wheel appear, but this time with higher payouts and much easier to get free spins. Finally, there is the “50 Game” option that activates the MEGA Pharaoh Bonus feature in which you can win even bigger payouts with a much bigger Free Spins palette.