Posted on December 1, 2016 by Admin in Gambling 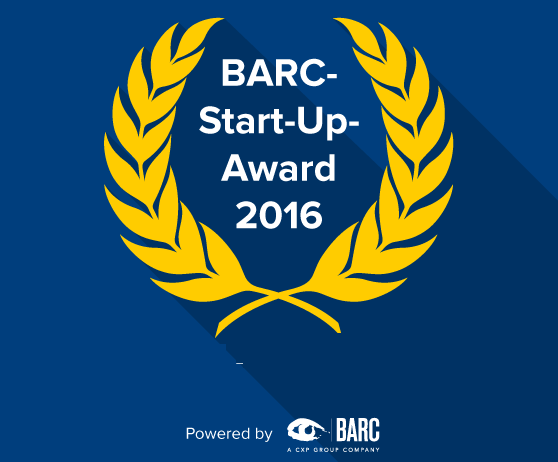 15 Entries were submitted for the BARC Best Practice Award 2016

The Casinos Austria Group has shown at this year’s BARC Best Practice Award that it can stand up against a great competition and set new standards. Altogether there were 15 submissions for the award, which came from five countries. The jury then selected the best six submissions and sent them to the next round. In this final round, the six selected participants had to contend with an audience and the jury at the BARC Congress for BI and data management and present their solutions. In the medium-sized category, the Casinos Austria Group was able to defend itself against the entire competition and to present the BSC II so well and to convince the jury that there was behind the BARC Best Practice Award 2016.

The analyst and consulting firm BARC annually awards the best software projects with the Best Practice Award, Business Intelligence and Analytics, which are characterized by their high economic value and, in addition, demonstrate exemplary approaches and methods during implementation. All the more, the Casinos Austria Group can look forward to the award.
BSC II project brings a lot of benefits

Based on an IT implementation, built on the integrative basis of Micro Strategy enterprise software and TN Planning from Thinking Networks, the BSC II project consists of a balanced scorecard. The BSC II project also integrates all business processes of the company in the context of the company’s activities, including the strategic company objectives. Thus, a very good interplay of the individual processes is achieved. In the balanced scorecard system, changes can, of course, also be made throughout the entire fiscal year, so that certain adjustments can also be included. And there is also ongoing monitoring of the system.
The existence of the BSCs was impressively demonstrated

Dr. Carsten Bange from the jury underlined the fact that this BSC II project had clearly shown that the award of the award to Casinos Austria, Christian Schultz, had a clear and solid character. For the BSCs this is always questioned, which Casinos Austria with its project now at least once out of the way could clear? The jury also found it very remarkable that the linkage of business intelligence and the combined application of action and strategy management to such a fact-based decision point. With the BSC II project, the Casinos Austria have, as it were, surpassed, as it were, the jury.
Micro Strategy platform for large corporations worldwide interesting