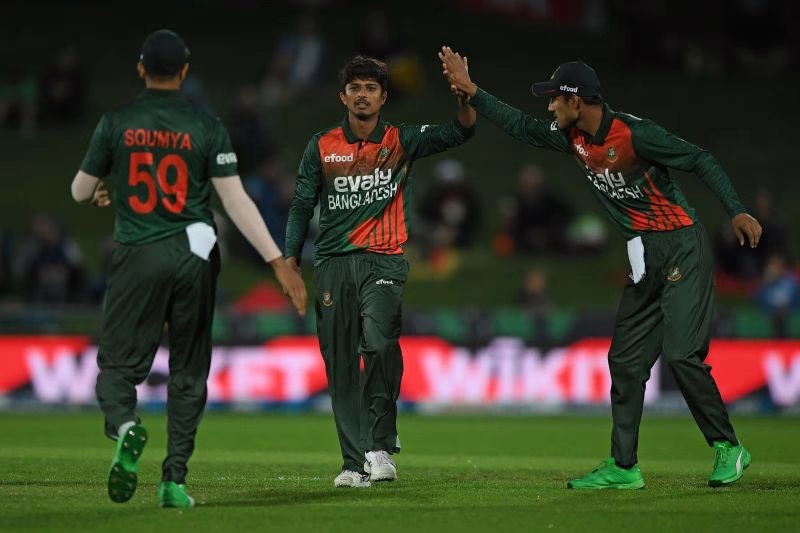 The third and decisive game will play on 2nd August 2022. Both teams played 2 games in this series. The final result is 1-1 after the last two matches. So, the third game will create excitement for a couple of teams. Bangladesh is looking happy after winning the previous game. Now, the pressure will be on Zimbabwe after losing the last match. Here is the complete detail of the game.

Zimbabwe won the toss in the last game and decided to bat first. It was not a good decision because they failed to stay on the crease. Only two players remained on the crease to make some runs. Yes, Sikandar Raza and Rayan Burl were prominent on the crease. Sikandar Raza took advantage of their ground and pitch to make 50 runs. On the other side, Burl also helped to make a good partnership for the 6th wickets. That is the reason to make 135 runs in the given 20 overs.

Conversely, Mosadak Hussain took 5 wickets for him and the team. He played a vital role in the game. All the players and viewers were worried after failing in the first game of 3 match series.

Bangladesh started well in chasing the target. Liton Das and Afif Hussain played good innings. Liton Das posted 56 runs from the top to chase the target. Afif also contributed generously to the lower order of teams. Zimbabwe failed to get crucial wickets from Bangladesh at essential times. In the end, Bangladesh won the game by 7 wickets to put more pressure on the next round.

In the first T20 games, Zimbabwe made 201 runs in the 20 overs. Bangladesh failed to chase it.

Both sides have consisted of star players in the final playing XI. Zimbabwe will depend upon Sikandar Raza, Sean William, and Rayan Burl.

On the other side, Bangladesh has strong bowling and batting lineup. Taskin Ahmad and Mossadak Hussain are doing well in the bowling lineup. Whereas Liton Das, Nurul Hassan, Afif Hussain, and other players are trying well to do better.

Zimbabwe needs to perform consistently in the betting order. If they fail one more time, then it will not be an easy task to handle the pressure. Here is head to head and predictions of teams.

Both sides played a couple of games in the series and left 1-1 results.

According to predictions, both teams have equal chances after leveling the series. Bangladesh bounced back in the game to win by 7 wickets. Predictions are made on behalf of past facts and figures.

Who does Will win?

Bangladesh is the slightly better team.

After reading all the above information, you can easily predict the best side of the two. Zimbabwe has the advantage of home ground and pitch, whereas Bangladesh returned well in the last game. So, it would be best if you took some risk in the predictions. However, according to experience, Bangladesh will handle the pressure in the final game to win the title.