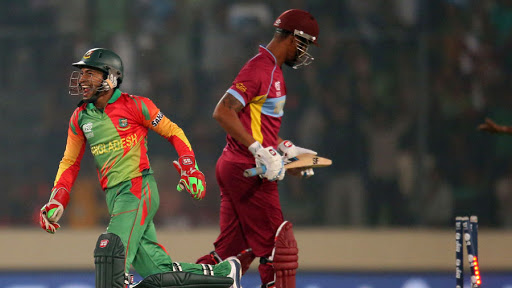 After the start of the Pandemic, the West Indies Sides are leaving for Bangladesh for the first time. The match is scheduled to play on the 20th of January, 2021, at Dhaka. No doubt, the hosts are the favorite versus the opposite side due to having more experience on home grounds. We know that the West Indian cricket board sent the complete change team to Bangladesh. The Captain of the side is Jason Muhammad, which is bug alter for the side. All the other players are also new for the one-day series.

If we talk to the Bangladesh side, then the cricket board confirmed Tamim Iqbal as Captain of the side. He will like to lead from the front. Some of the OK balance department for batting will try their best to overcome on the opposite side. The former Captain Mushfiqur Rahim is also part of the playing XI. Taskin Ahmad and Mustifzur Rehman can hold the bowling attack from the Bangladesh side. Moreover, we also have seen that some lower-order players can lift the match by the opposition team at the crucial time.

It is essential to discuss the head to head result of the two sides. Both the teams have faced each other many times. But, most of the time, the West Indians’ side remained very successful. On the other hand, Bangladesh will do its best at home. They have some players who can bounce back in the match any time.

All the betting tips are based on the recent data of the players and teams also. You have to look at the key players for finalizing the recommendations. Sometimes, most of the key players did not perform at the crucial time. So, do not do bet on these times. In a pressure match, only experience players can hold the nerves at essential times. The West Indian Cricket Board did not send the real team of the West Indies. They want to prepare the young ones for the upcoming mega-series.

Tamim Iqbal will be the key player of the Bangladesh side because he continued his performances in cricket formats. On the other hand, the batting side is full of experienced players like Mushfiqur Rahim and Mahmudullah. These three players can always face the pressure—some of the recent victories in big matches named by them.

I tried to get the best performing player in the squad but failed. The West Indies board sent the B team to Bangladesh. Jason Muhammad, Sunil Ambris, and Rovman Powell are the leading players from the playing XI. Jason Muhammad can blast the ball very hard as an opener and leader of the team. Joseph can rattle the host’s early wickets with the new ball as soon as possible.

From my point of view, Bangladesh will easily carry the day. The Bangladesh players remained busy in cricket like in the Bangladesh Premier League, Indian premier league, and Lank League. I am a hundred percent to the side of Bangladesh.

I have manipulated all the information by getting the official data of players. West Indies sent the B team to get some experience. So, Bangladesh has a chance to wrap up the series without any hurdle. If you disagree with my prediction, you can go to any other spot for more satisfaction. You will easily find the accurate profile of all the players on the team.