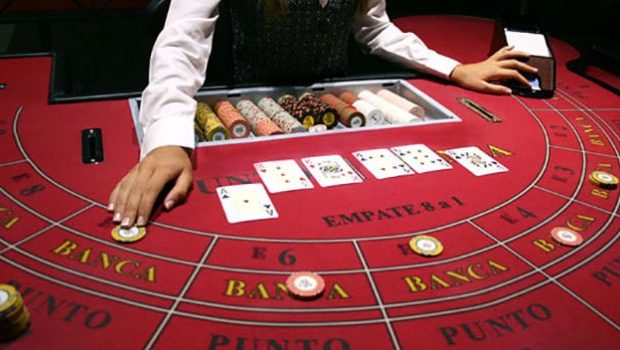 A baccarat dealer has been accused of helping several players cheat by showing them in advance the cards that would be discovered at the table, allowing players to bet accordingly and earn more than $1 million . After the NY Post. In exchange, the dealer would recoup some of the winnings, although the precise sum was not disclosed.

The dealer who makes you win

Ming Zhang is a baccarat croupier particularly accommodating with the players. To facilitate the winnings of some players – while reserving a commission on these winnings – Zhang showed the cards that would fall leaving a player to photograph the future series.

This allowed the player and his accomplices to bet strong sums on the following shots and pocket a jackpot with the greatest ease. In baccarat, the player has limited choices since he can bet on the fact that the bank wins, the player wins or the hand is shared.

This scam orchestrated by the dealer cost $1,046,560 at the casino, whose name was not revealed during the minutes. However, the MGM National Harbor casino confirmed that Zhang had worked in the establishment.

“Ming Zhang is no longer employed by MGM National Harbor. We provided our fullest cooperation with the authorities during the investigation. Said in a statement Malik Husser, spokesman for the casino.

Given the facts against him, Zhang is about to lose his dealer’s license. He will no longer be able to practice in the state of Maryland and most likely in the whole of the United States. His trial will be held on January 31. Zhang faces up to five years in prison for his actions. Surprisingly, none of the players are at risk of prosecution at the moment. The only person who is certain to go to prison is Zhang.

Zhang is a repeat offender since he was previously charged with cheating in 2017 at another Maryland casino. This time he had accepted a $1,000 payment for his involvement in a much smaller cheating case. His recidivism explains why he faces the maximum penalty in this type of case, which is five years in prison.