Ayr race will not be happening

Ayr race will not be happening

Posted on January 13, 2015 by Admin in Ayr race will not be happening, Horse Racing 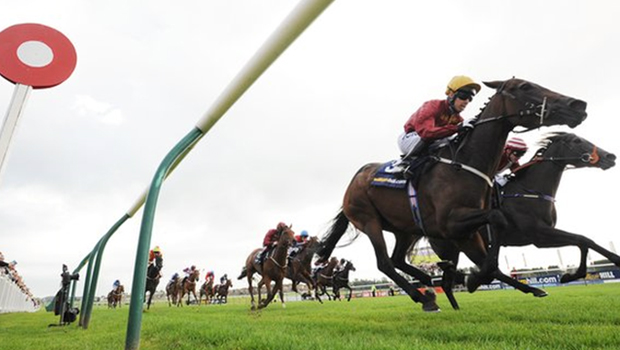 The race that was supposed to be a part of Tuesday night sensation will not be happening because of the cracks that are on the ground caused by horses gallop in the previous race on the same racing ground. The grounds were fixable, right before a storm came above and ruined the field even more, causing structural damage on the field which is inevitable for the contesters and has to be repaired if the Ayr owners want any race to be happening in near future here.

The spokesman of the Ayr racing grounds got out and announced to the media that the damage the storm caused is severe, and the high winds that were present just few nights before the race disallowed the race to be started. The Ayr owners might have the chance to clean the racing ground until the official event, but since the meteorologists announced that winds with same force as the ones who destroyed the racing grounds may be going through the same area again, the race will be postponed or canceled for the time being with the words of safety being on the top priority list for the riders and attendance.

The same thing has happened previously on several occasions and the racing ground owners got the bigger end of the stick with receiving suspensions from the British Horse Racing Association for not ensuring that there are good circumstances for a race to be played, and the risk of the jockeys was on scary level.

The Ayr spokesman mentioned this several examples in search of an alibi for postponing the race, apologizing to the audience and the jockeys, in search of understanding and in hopes of better circumstances in near future for the race to be able to start.

The Sunday meeting that the Ayr owners had with the British Horse Racing Association went smoothly and they have agreed on several things, but not on the times and date when the race should happen. The Authorities of British horse racing insisted of the race to happen as earlier as possible, but the Ayr owners brought pictures of the place and it was visible that some roofs were missing on some facilities, and the building where the race official stands is missing the whole ceiling as it came down due to the strong winds. Thunder and lightning were also present in the area disallowing the race to start at least for the next five days. We can only sit back and hope for a better weather so that we can watch the thrill of horses galloping for the Ayr price.

Don’t forget to visit jackpot bet online in search of a news and information that connects with sports and gambling. The betting application is there so make a break from reading and bet on your team or athlete – who knows, maybe he will bring you fortune and smile on your face.