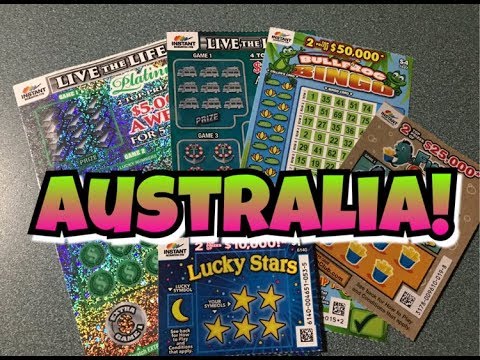 This is a jackpot story much less glamorous than the one we usually comment…! A prisoner in an Australian prison, locked up for participating in a huge methamphetamine sales network, won a jackpot of $1.3 billion. Australia is one of the countries where it is legal for a prisoner to buy lottery tickets. This story is a nice snub to all the defenders of what is called karma…

Yes, everyone can win a jackpot…

Like what, everything does not happen necessarily for a good reason. Unless the Lord has planned twists on this story.

Reginald Roberts is not what’s called a child of heart. A member of the Hells Angels, Roberts was arrested for taking part in a $270 million network by importing over a ton of methamphetamine into Australia. During his incarceration, Roberts decided to buy a lottery ticket and, ironically, won the jackpot.

$1.3A million was won through this magic ticket, which Roberts is legally entitled to claim.

After his arrest, Roberts declared bankruptcy. The court claimed $1.5 million for his involvement in the drug trade. Logically, even if he will receive the money, he should not be able to enjoy it fully. The amount of his debts is indeed too important for justice to let him do. In theory.

But the money that was sent to Roberts’ account did not stay there very long. The jackpot was indeed transferred almost immediately after arriving to another account. According to the Australian federal authorities, this transfer is more than suspicious.

Other winners who do not deserve it

This story tells us in any case that anyone can win a jackpot, even those who deserve it the least. According to Casino.org, other people with dubious ethics have already been in the same situation.

This is notably the case of Patty Bigbee, who won $1 million with Powerball in 2010. After quickly squandering her fortune, this woman tried to sell her grandson on Facebook for $75,000. She had even tried a few years ago to sell her adopted daughter.

Michael Carroll has nothing to envy him. This individual earned more than £9 million years ago. After having cashed the money, he bought a beautiful villa and spent his fortune in a few years by paying prostitutes, drugs and organizing big parties. He is now penniless and works as a scouter.