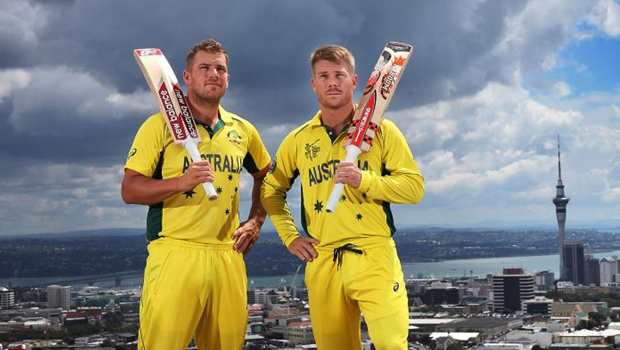 Jackpot bet online – the site with the latest news and events!

This is the scenario facing Aaron Finch, one that is indicative of just how stiff the competition for places is at the top of Australia’s batting order heading into this year’s World Twenty20.

Finch and his long-term opening partner David Warner are facing strong opposition from Shane Watson and Usman Khawaja for the top two spots on the team sheet, leading to the radical proposal of shifting Warner to the middle order.

But how does this idea stack up when looking at past results? And which opening combination will serve Australia best in the conditions they’re likely to face in India?

We present the raw stats working for and against the head-spinning opening options available to the Aussie selectors.

WARNER AND FINCH AS AN OPENING PAIR

The dynamic duo is the most prolific opening pair in the history of Twenty20 International cricket and no two players come close to Finch and Warner’s longevity as a couple at the top of the order.

Warner and Finch have scored 1108 runs while batting together 32 times. The next most runs scored by an opening duo is 705, by England pair Alex Hales and Michael Lumb.

Six of their partnerships have been 50 runs or higher, while they have posted three century stands – more than anyone else.

The two 29-year-olds have an average partnership of 34.62 in T20Is, which puts them seventh on the list of best opening partnership averages with a minimum of ten innings.

Yet here we are, two weeks out from the start of the Twenty20 World Cup and it’s looking increasingly likely that this world-class partnership is going to be disbanded.

WARNER IN THE MIDDLE ORDER

And here’s one of the reasons why.

Warner’s ability at the top of the order across all formats is unquestioned, but take a peek at his numbers batting in the middle order and it’s easy to understand why this is a very attractive option for the Aussie selectors.

Warner batted as an opener in the 2015 edition of the IPL and was in outstanding touch, finishing the tournament as leading run-scorer with 562 runs at an average of 42.23.

There’s no doubting that’s impressive, but so is the batting average of 46.88 that Warner had when he batted below the opener’s spot in the 2014 edition of the IPL.

He did so on 11 occasions that season, ironically to allow Finch to open the batting alongside Shikhar Dhawan for Sunrisers Hyderabad.

Warner averaged a phenomenal 82.25 when he batted at No.4 for Hyderabad that season.

With numbers like that, the temptation to shift Warner down a spot or two at the World T20 could prove impossible to resist.