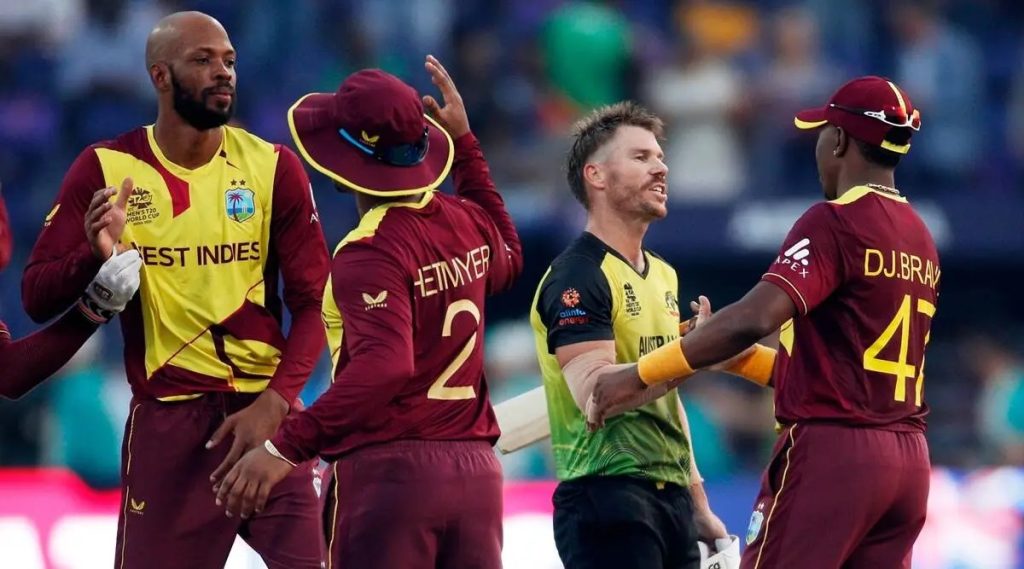 After falling in the 1st T20 game, West Indies would like to level the series in this game. They played good cricket in the 1st game. However, the total was very low, but West Indies fought well till the end of the games. The betting review has consisted of the latest performance, head-to-head, predictions, odds, tips, squads, and statistics. After getting all information, you will be able to make predictions. Here is a detailed performance in 1st game.

Aussies won the toss and decided to bowl first in the 1st game of the series. West Indies failed in the start to maintain the scores. Kyle Mayers remained the top scorer with 39 runs. However, some other players also contributed well in the middle and lower order. Odeon Smith, Joseph, and Refier posted some valuable runs for the team.

When the Aussies started to bat, they failed to play long innings in the start. Warner and Green went back on just 14,14 runs. However, the skipper took responsibility to handle the pressure at a crucial time. West Indies bowlers did well in the middle of the innings. Moreover, they fielded well also.

Aaron Finch added 58 runs in the middle of the innings. At the end of the task, Mathew Wade once again proved dangerous player as in the past. He scored valuable 39 runs. It is a major change in the performance of the two teams.

In the end, the Aussies succeeded to chase the 145 runs in 19.5 overs. We have checked an interesting game of cricket. At the last, West Indies failed to hold the nerves at a crucial time.

Both sides faced each other in this series for one time. The final result was 1-0 in the favor of the Aussies. Aussies have some advantage in the next game.

According to predictions of teams, Australia has a 70% chance to win. on the other side, West Indies gained only 30% chances to carry the day. Let’s see what is going to happen in this match. I picked this data from reliable sources. Here are the final expected results.

It is scheduled to play on 7th October 2022. Brisbane Stadium is ready to host it. Aussies and West Indies are playing 2 matches T20 series.

After getting all information, you can make predictions. If you still have any issues, then you can compare more data. At the end of the task, we are in favor of Aussies. They have their batting pitches and grounds to put more pressure on. All the major and starting players were added to this site. Let’s see what is going to happen in this match. I made these prediciotns on the behalf of past data. In betting, no one is responsible for any kind of result.