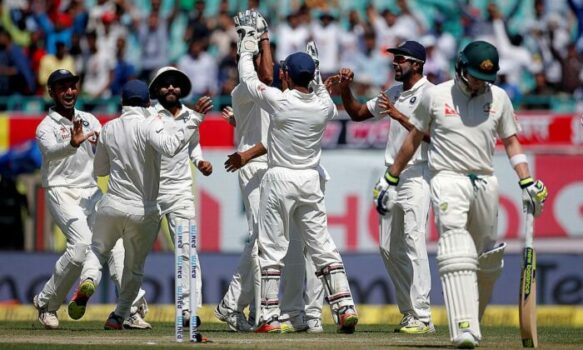 Everyone knows about the last test among the best sides of the world. The experts said that the Australian side would do a clean sweep to Indian. But, over the previous two test games, all the thing changed. After the three test matches, both the sides have the same points on the point table in the form of 1-1. On the other hands, the last test among the two sides scheduled at Brisbane. What a miracle in the last test match at SCG. All the spectators are waiting for the final task.

It is essential to describe the performance of the sides for getting the best betting odds and tips. Moreover, I will also explain the detail and the profile of the prominent players in the test matches. You know that the side handled well in the absence of world-class players, Virat Kohli. AJK did well in the 2nd last match where he claimed a win for the nation with a handsome margin. Here is the information about the key players in the previous test match.

In the first, I would like to show significant players from the Australian side.  Moreover, the former captain and the current Aussies player, Steve Smith, is posting the scores continuously on the scorecard without any interval. On the other, Pat Cummins and Hazlewood picked the crucial wickets crucial for the teams. We can say that these three players can change the situation of the match at any time.

On the next side, the hosts have consisted of some cool and calm players. The R Ashwin and Vehari played well in the last inning of the previous test match. No doubt, they have consumed too many balls to make some runs. But, that was the need of that time. However, we cannot forget Jadeja and Muhammad Siraj’s bowling, who gave some hopes to the team all the time. AJK, the team captain, and Rohit Sharma started well in the last two long-format games from the front.

The betting odds and tips must be on behalf of the latest performance of players. If we check the newest description, we can say that Indian side bounced back very well after making on 36 runs in the last innings of the 1st test. So, it does not mean that team Indian is more favourable for the final test match. The Aussies have the nerves to bounce back with the heavy performance.

It is not easy to announce the winner of the final test game. But, I have some expected detail of the teams. There is no chance to win the match for Indian. On the other hands, the Kangaroos can win the game to lead the undefeated score of 2-1. No doubt, all the official spots and other platform have its mind.

I hope you have got a precise detail about the two cricketing sides of the world. If you still have any issue, then you can go to any other platform. All the data has given from a reliable source. There is not one scam in the current knowledge. However, my arguments are in favour of the home side. They have won most of the pressure games all the times. Australia will easily overcome the blue shirt to lead the series by 2-1.