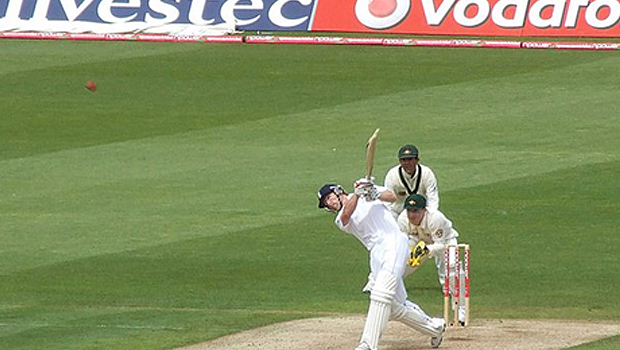 We’re a less than year away from the 69th clash between England and Australia as they battle once again in The Ashes both looking to secure victory and get their hands on The Ashes Trophy, which is a slightly larger replica of the Darnley urn that was presented to the English upon winning the first Ashes in Australia in 1883. The Australians ended a three series losing streak when they whitewashed the English 5-0 in Australia between November 2013 and January 2014, now will they be able to retain the Ashes for the first time since the 2001 and 02/03 series’?

The bookmakers are favouring the home side to win the 2015 Ashes series in the Northern Hemisphere and the best priced odds on all three possible outcomes are as below.
Australia to retain The Ashes – 2.15 with 888Sports.com.

England to reclaim The Ashes – 2.75 with StanJames.com.

Although the 2015 Ashes series is a less than year away from its summer 2015 start, the Australians will certainly be feeling confident at this early stage as they are unbeaten in test cricket in 2014. They first demolished the English in the Southern Hemisphere with that stunning 5-0 series win and then they toppled the top ranked test side in the world in their own backyard. They played a three match series against the South Africans in February and March to record a 2-1 win to further boost their confidence. Tests in Pakistan and home to India at the end of this year and start of next year will truly show if Australia have what it takes to live up to their pre-series favourites billing before the action gets underway next July.

England will want to forget the whole Australia Tour from the end of last year as following their 5-0 loss in the test series their hosts compounded the misery with a 4-1 ODI series win and a 3-0 crushing in the T20 trio of games. This has prompted a massive change in the outlook of the English team and changes have been made on the playing staff too, with this already having taken effect. England did defeat India 3-1 in a five game series in July and August after losing 1-0 to Sri Lanka and with both of these sets of games coming on home soil they will be confident of continuing their improvements to secure revenge for last year’s appalling performances.

The bookmakers do not feel that these showings will mean anything come July and August 2015 as despite Australia being best priced of 2.15 to win the 2015 Ashes many sportsbooks have them as the odds on favourites. Stan James are the least confident in England as they make the visitors the 1.73 favourites to win. I feel that the tournament will be much closer between the two sides and that England, if they can continue to improve in their upcoming tests against the West Indies and New Zealand, they offer the better value of the two teams.