Posted on December 21, 2014 by Admin in ATP Finals tournament, Tennis 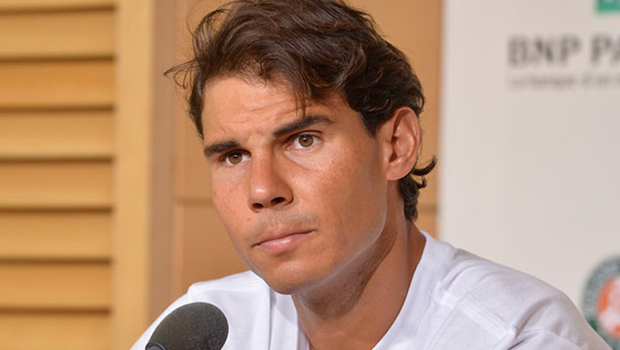 ATP Finals tournament analyzed by Nadal and the Media.

Rafael Nadal, who is out of the field for months now due to injury and is expected to return on the pitch and on trainings in the middle of December, with his professional matches as soon as possible next year, was asked by the media to throw few comments about the latest season-ending tour ATP World Cup Finals. Due to all those matches that were played lower than 75 minutes, to all those games with just two sets and no competition at all for Novak, just one for Federer (his international friend Stan Wawrinka) commented that this was the strangest World Tour Finals he has ever seen.

Rafael Nadal, the currently No.2 on the world’s tennis list who was found in front of the hospital where he had his Appendix removed due to injury earlier this month, had many surprises throughout the tournament including only four matches with three-sets and a withdrawal from Federer in the final, where he was supposed to take on and face the Serb No.1 Novak Djokovic, but withdrew from the match due to a back injury.

Rafael Nadal added, as we previously mentioned that most of the round-robin matches lasted a little more than an hour, or approximately counted 75 minutes.

On the other hand he was excited from the show that Stan Wawrinka had to offed to all the ATP World Cup Final’s followers, giving Roger Federer something more than a game, and something more than just a ticket to the final, and at the end, Stan gave Roger an injury that prevented him from playing in the final. In that semifinals all-Swiss match, the outsider Stan Wawrinka had four match balls, but luckily for Roger Federer, he saved three of those four balls with his serve and one more in the advantage, giving the 17 times Grand Slam winner Roger Federer an open door to the final, that eventually, just hours before the last tournament game, was closed by himself and his back injury, being unable to answer to the game that Novak Djokovic was presenting throughout the whole tournament.

Nadal said that it was really strange World Tour finals, to be honest the strangest he had ever seen. When the best eight players in the world meet up in a tournament like this one is, there should be emotions and the matches are supposed to be close, but none of the matches presented that, putting aside the Swiss semifinal between Roger and Stan, but for the rest of the matches, it was shocking.

Nadal added that despite the fact that the games weren’t close at all, as tennis and any sport can sometimes be, the only thing the tournament lacked was the final. He said that even if it was a one sided one, the fans and the world should have seen it. But now all we have is a bad news and a disappointment for the fans, the followers, world of tennis, and especially for Roger.

Don’t forget to check the online sports betting forums and bet for your favorite player.