Posted on September 1, 2022 by Admin in Football 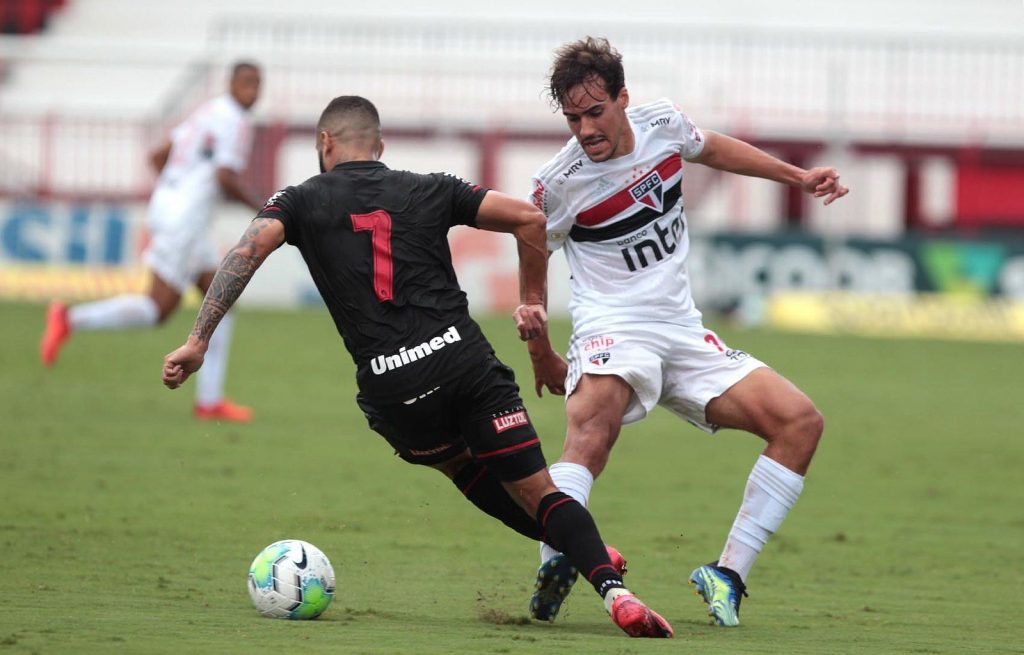 While Sao Paulo previously won the competition in 2012, the hosts are attempting to make it to the final for the first time in their history.

Despite being three points outside of safety in the Brasilieiro, Atletico Goianiense has had a fantastic season in the Copa Sudamericana.

But after the weekend’s 2-1 loss to neighborhood rivals Goias, jorginho was fired due to the team’s poor league performance.

The success they have enjoyed in their Copa Sudamericana campaign gives the hosts confidence even if they will be playing without a regular head coach on Thursday.

Atletico Goianiense eliminated Olimpia on penalties after finishing with 13 points from their six group games. They also breezed past Argentina’s Nacional 4-0 on aggregate in their quarterfinal match.

The hosts have won all five of their home games in the Copa Sudamericana this season, maintaining clean sheets in four of those victories, despite their recent four losses in all competitions.

Sao Paulo, which previously won the competition in 2012, is attempting to make it to the Copa Sudamericana final for the second time in their history.

Ten years ago, Sao Paulo veteran and current manager Rogerio Ceni participated in their winning campaign as a player, but this time around, the former goalkeeper will be looking to coach his team to the championship game.

Despite cruising through the group stage with five victories and a draw, the visitors had to go to penalties in both of their playoff matches.

After winning on penalties against Deportivo Tachira and Ceara, Ceni’s team will look to go past an Atletico Goianiense team they have already defeated 2-1 this season in the semi-final match.

After losing their last three games overall, Sao Paulo will also be trying to break their losing streak.

Although their manager was fired after the team’s loss over the weekend, we believe that Atletico Goianiense will edge out Sao Paulo to take a slim lead into the second leg of the Copa Sudamericana. Atletico Goianiense has won all of its home games this season.