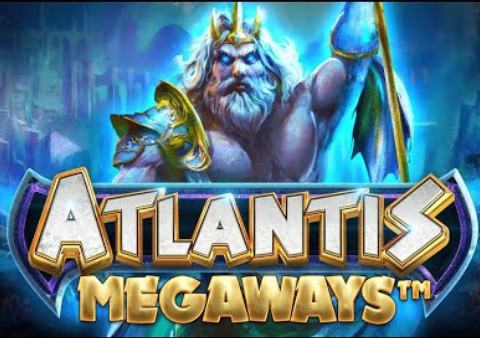 Atlantis Megaways game takes you on a journey into the sea world where the god of the sea known as Poseidon rules, and the collection of valuable treasures from the sunken city. The uniqueness of the magaways story is that the free regular spin bonus round has totally been replaced and its place taken by precious jackpots respin feature, which makes the game even more attractive.

The most intriguing bit is that Atlantis Megaways game has been developed by Reel Play on their own, by nicely modifying their Hypernova and megaways debut slot engines. With this reskin, Atlantis Megaways plays out on 6 reels between 2 to 7 symbols for each reel and has 117,649 ways in which you can win. The base game gives you a decent chance to pocket up to 8,641 times your stake, and you can place your stake with anything between £25 and 20p for each spin with your devices across all platforms.

For the base game, there is a wild symbol and a cascading (series) wins feature. However, the jackpot respin attribute is not only appealing but also compelling with a maximum fixed win potential of 2000 times your stake. I know what you are thinking, that this megaways slot is for casual gamblers, but I will prove you wrong. There are more and even better alternatives for all kind of players in this game. We all like options, don’t we?

The Poseidon, also known as the god of the sea, is the most valuable symbol in the game and by far. All the other symbols are neatly crafted creatures of the sea of different kinds with the dolphin as the leader of the entire flock. There are also regular loyals of low value represented on the reels. To secure a win, you will need to match 3 to 6 symbols on a payline apart from the god of the sea (Poseidon), who plays out for two on a payline. The Atlantis Megaways payline is listed below.

Just like all the other Megaways games you know, you will note that each spin comes along with a particular number of paylines. It, however, depends on the number of symbols you land on every reel which comes with 324 to 117,649 winning chances or ways to win.

The game also brings you the cascading wins attribute. When this feature is at play, the winning symbols are excluded from the reels and hence new symbols with high winning chances drop down to occupy the empty spaces, and this series of events repeats itself like a chain reaction as long as you keep landing on winning symbols.

As controversial as it may sounds, the Reel Play in a smart, creative move, decided to exclude a bonus round of free spin in this game but instead choose to put their own eggs in one basket, so that you can get an extra basket for your eggs. In so doing, they have integrated and unique jackpots respins feature discussed below.

The Atlantis Megaways scatter is the treasure chest symbol which comes with an attached value. To trigger the slots most precious jackpot respins attribute, you will need not less than 6 scatter symbols anywhere in a single spin. As the name suggests, this is a jackpot feature blended together with a respin feature to form a single attribute something am sure you haven’t seen elsewhere except for this first time in magaways game by Reel Play.

The triggering scatters treasure chest symbol becomes sticky anyway, and you will get 3 respins for a start. Progressively, any other new scatter you land, consequently resets the tally back to 3 once more, and the scatter becomes sticky. The bonus round comes to an end when you fill the screen entirely with nothing more except the treasure chest scatters after running out of spins. When this happens, the total number of scatters values are summed up and paid out. However, the winning prices vary from 1 to 100 times your stake, but you still stand a chance to win any of the pearl jackpots listed below.

Where You Can Play Atlantis Megaways

Atlantis Megaways can be accessed and played in any of the listed casinos in the United Kingdom below.

In case you don’t want to play the game with you real cash for whatever reason, you have been considered too. You can comfortably play the demo at absolutely no cost.

Reel Play has also ensured that you can access and play the Atlantis Megaways game on handheld devices and platforms through optimisation, to give the gaming enthusiast the freedom they desperately need to do what they like. That being said, all you need is your mobile or tablet (Android, iPad or iPhone) to get started immediately.

Atlantis Megaways game being a clone of the Reel Play first Hypernova and Megaways debut game engines is definitely not your usual Megaways slot and has a maximum win potential of 8,641 times your stake. The lack of a free spin attribute is greatly compensated by several respins jackpots with different volatilities ranging from medium to high, all to suit more gamers from casual to serious gamblers.