Posted on November 28, 2014 by Admin in Arteta out, Football 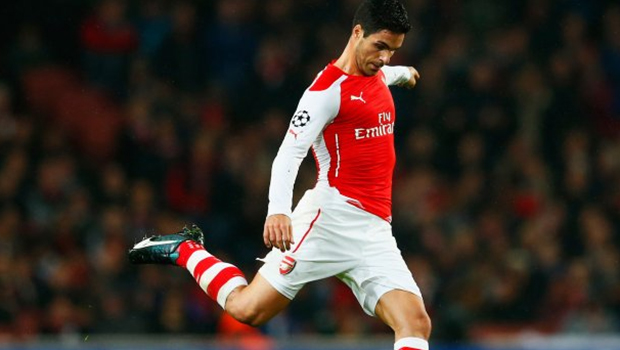 The victory that Arsenal Achieved over Borussia Dortmund in the Champion’s League Wednesday night had its price. Thing that come in good and bad will for Arsene Wenger seem to come balanced, as he had put two goals in his direct rival for the Chair, JurgenKlopp, the German players have taken two players off the pitch for Arsenal. So it’s two goals and two injuries as the full time result.

Arsene Wenger in the press conference after the football match said that he has been having problems with injuries lately and because of the good game they lost two players tonight, that was MikelArteta who had calf problems once more and it looks quite serious. The other one is YayaSanogo to a Hamstring problem.

Regardless to the YayaSanogo’s injury, he would have been the third choice this weekend having known that Giroud is able to play in the Premier League and Welbeck is back. So the problem with Sanogo is solved already, he is the bench player of Arsenal when Giroud and Welbeck are there, and his injury is a minor one and will be treated to be out and away in a week time.

On the other hand MikelArtetas’ injury and possibly a long absence may cause a concern. He was man of the defense of Arsenal, and it was noticeable in the victory against Dortmund. While Arsene Wenger deserves a medal for his job in the locker room, it is Arteta who is responsible for Wednesday night victory that arsenal managed to make over Borussia Dortmund.

Arteta was the Captain of that match and as he got out he gave the track to Per Mertesacker. There was one interesting occasion when Arsenal were already two goals up, that Per Mertesacker went up to the enemy’s box for a set piece, but arteta told him that such risk is not worth, and the big German man went back in his own half, listening to his captain. We can see the presence and the importance of the DMF Spaniard, as Per has been captain for most of the games this season, but still listens to Arteta.

With all the experience that Arteta has, and the game that Ramsey currently is playing, they both made a huge impact in the 2013/2014 title chase, and now that they were back together in this match they were playing like in the gold days of Arsenal.

The worst thing that struck this injury is that there is not likely replacement for Arteta. The only man in the team besides him on that position is Flamini, who already gave away few games for Arsenal. While the clever MikelArteta plays with his head, Flamini plays like a headless chicken and just runs around.

In the next 12 days Arsenal will travel to WBA, Stoke, Galatasaray, as well as this year’s finest surprise Southampton. Although the win against Dortmund is a good one and secured the Champion’s league song to be played on Emirates next year, it may end up costly for the Arsene Wenger’s site.