Posted on November 26, 2014 by Admin in Arsene Wenger, Football 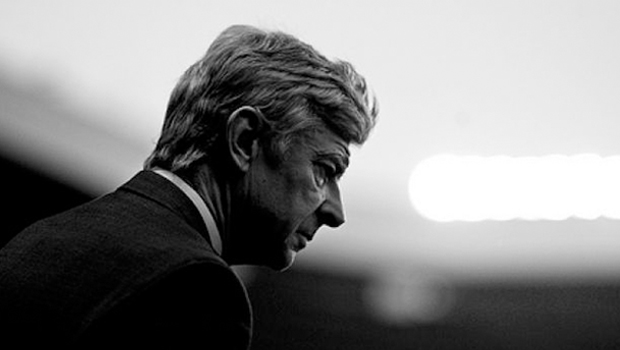 Is it time for Arsene Wenger to go?

As the season goes deeper and deeper, Arsenals are dropping points like crazy and are now on the 8th place of the league table. It’s not just me; it’s almost the whole world to criticize the French Manager and his recent behavior on his position. While many famous managers would have a Plan B for their job if plan A fails, Arsene Wenger would stick to his plan A and wondering why doesn’t it work, and push his players to do plan A. As many critics say, it’s probably the time for Arsene Wenger to go while he still has dignity. When it comes to the Fans they are separated at this moment, as one wants Wenger out while the others are saying that Wenger should have all the time in the world on the manager position and brighter times will come. They are both afraid that the new managers will get what the Spurs have had in the past year; an unstable manager and now they pay the price.

Ever since he came to Arsenal, the French managed did change the identity of the team twice. The first time that he came to the Highbary, Arsenal was a 1:0 win team, he managed, by the help of previously Seaman, Tony Adams, Emanuel Pettit, up to the Invincible generation with Lehman, Campbell, Vieira supported by Ljumber and Robert Pires up to Henry and Berkamp. He managed to win the title without a loss in 49 games the Premier League, and managed to turn the whole team upside down again in a 9 years without trophy, He has created an under-achievers generation who are prone to injuries all the time and lost the flow of the football that the invincible generation was playing. How did he manage to do that?

Nine years without a trophy is what everybody says now when they hear the Arsenal name. It is such a long time that the best compilation for the time is Swansea. When Arsenal last won the trophy with the invincible generation, Swansea was playing in the third nationwide division. They managed to build a brand new stadium, to get to the second league, to get in the first league and manage do make a sustainable Premier League team. Maybe the blame is in the funding that the owners of the club are sending, maybe they are too few. If he wants to compare to Chelsea and to Manchester City, Arsenal would definitely need more money.

But the biggest blame goes to the Frenchmen. He has lost so many easy games throughout the years that Swansea managed to win the league cup before Arsenal finally winning the FA cup in 2013. He had lost games against Bradford, been defeated home from Blackburn and losing in the league cup to Birmingham. Arsene Wenger is so one-dimensional that everyone can win the game against Arsenal. Let’s hope for a change soon, in the manager’s mind, not the name.