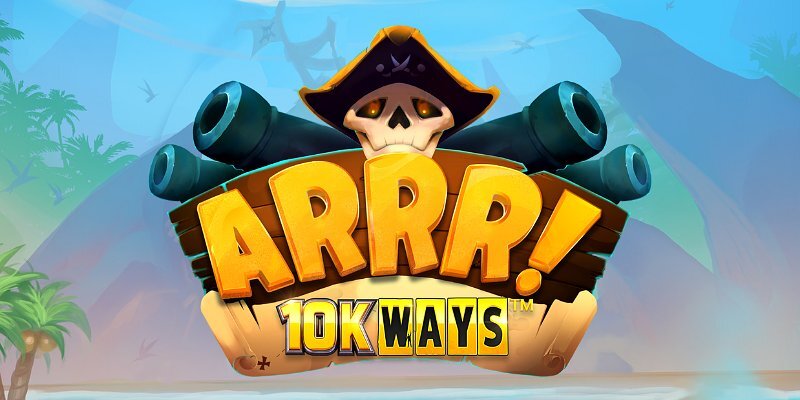 The search for pirate loot is a popular theme among game makers, and there are likely hundreds of similar slot machines currently on the market. However, like any game, the theme is only one part of the equation, and ARRR! 10K Ways has several unique aspects that could make all the difference. This slot is available from Yggdrasil and ReelPlay and is a must-play.

ARRR! We have six reels in 10K Ways, but there are up to 10,000 ways to win. Though the low volatility is unusual, it’s not surprising that wins of 20,000x the stake ($240,000) can be awarded in a single round (RTP being at 96.12 percent ). The cascades, the Wild Cannon feature with its multiplier wilds, and the respins with colossal multipliers are all available inside.

The betting range accessible to you in this case starts at $0.20 and can go all the way up to $12 each spin.

The payouts that this slot machine has to offer are rather good. 20,000x your stake is the kind of jackpot you’d expect to see in a slot like this, especially when the volatility is set to Low, as it is here. The combination is fantastic since you may play at your own pace while still having a chance to win a life-changing reward.

You’d also expect a big return from a game of this nature, and the 96.12% given for it is reasonable.

While the 6×4 reels (with an extra horizontal reel at the top of reels 2–5) have a lot of opportunities to win, and making winning combos is easier than in other real money slots, the round does not end once you’ve been rewarded. Following that, a cascade of winning positions occurs, allowing more symbols to appear in the gaming area. The cascades will continue as long as you keep making new combinations in this manner.

The Jolly Roger Wilds appear on the reels thanks to the Wild Cannon, a random feature that appears following losing rounds. It can add up to three multiplier wilds, boosting winnings by 1x to 5x.

They use three respins for the final feature, which requires the presence of four Treasure Chest symbols in the playing area as scatters. This mode is centered on the employment of three different kinds of special symbols, each of which brings different awards (up to 1,000x the stake paid). Once they’ve landed, they’ll stay there until the feature is finished and they have a chance to get compensated.

ARRR! 10K Ways slot has modern graphics and a theme that many developers enjoy, and it always looks excellent. Even retro games may be entertaining to look at, and ARRR! 10K Ways is an excellent modern option. The scene is on a tropical island, the type of place where you’d go treasure hunting.

We see gold coins with multicolored card suit insignia painted on them for the first few symbols. There are additional pictures of the octopus, parrot, female pirate, male pirate, Jolly Roger (wild), and the Treasure Chest on silver coins with anchors or skulls (as a scatter).

ARRR! 10K Ways has a nice design, a lot of useful features, and the best part is that it mixes a low-risk atmosphere with a large top payout.