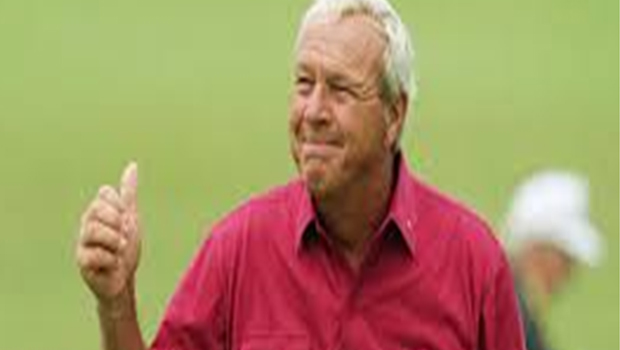 Arnold Daniel Palmer is regarded as one of the greatest players in the history of the golf sport. He was born in September 10th 1929 and although he retired from the game his outstanding accolades are still well placed in the walls of fame. Palmer has numerous wins on Champions tours as well as PGA tours in his name in 1955. He was nicknamed The King, palmer is one of the most popular stars. He was the first in the television sport age as he was at the pick of his career in the 1950’s where sports was taking most of television airtime.

Palmer changed the world view on the sport from being an elite game for upper-class individuals to being a more democratic sport for even those in the working and middle class in the society. His humble background helped in making the game accessible to everyone. His zeal helped to bring the game to where is in the society. Together with Gary Palmer and Jack Nicklaus arecredited in making the sport popular as well as commercializing it across the globe.

Palmer learned playing golf from his father Milfred Palmer. His father suffered from polio at an early age, he worked at Latrobe Country Club as a greens keeper and professional and most time he allowed his son to play at the course. Palmer then joined Wake Forest College through a golf scholarship but left after the death of his friend. He was then enlisted in the United States Coast Guard and there he served for three years. While serving he continued polishing his golf skills. After this Arnold returned to college and continued with his golf career as well. In 1954 he won the U.S Amateur and he decided to try on the pro tour. In 1955 he married Winifred Walzer and together travelled the circuit that year.

That same year, Palmer won the Canadian Open of which was an opening door for him to stardom. This boosted his status in the game for many seasons that followed. He lifted the games status as a television event to a sport that is enjoyed by most people in the world today. But his major career break through was in 1958 when he won the Masters Tournament and two years later he was the first client of Mark McCormack one of the first sports agents.

Arnold Palmer is tied to many of the golf courses around the country. He owns the Bay Hill Club and Lodge, Latrobe Country Club. He is also a member of American Society of Golf Course Architects. He is credited for the establishment of the first golf course in The People’s Republic of China. He formed the Arnold Palmer Design Company and together with Ed Seat they have designed over 200 courses across the globe.