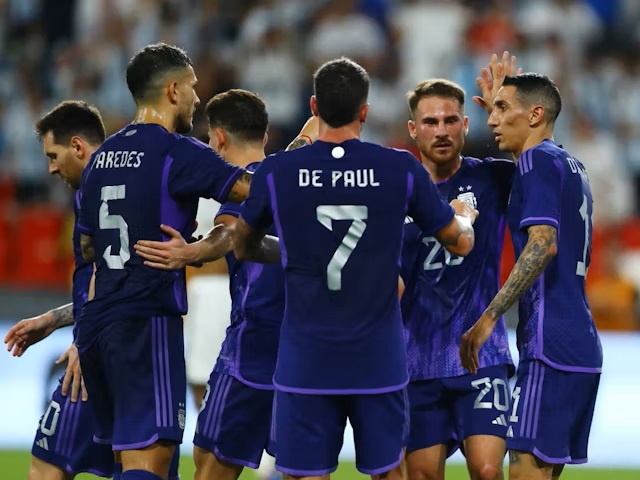 Tuesday marks the beginning of Argentina’s most recent bid for international success as the South American nation faces Saudi Arabia at the Lusail Iconic Stadium to open Group C of the 2022 World Cup.

La Albiceleste has two World Cup titles to their credit while Saudi Arabia hopes to make waves in a challenging group and avoid finishing fourth as predicted.

The plan for the seven-time Ballon d’Or winner to lead his country to the World Cup has already been laid out, and there are plenty of reasons to think that this year could be Argentina’s year. However, this World Cup could very well be Lionel Messi’s swan song.

The South American champions, whose star player Messi had not yet been born when they last made it all the way in the World Cup, made the trip to Qatar with the Copa America already in hand. Their goal now is to end a 36-year slide without World Cup victory.

La Albiceleste’s latest five wins have been accompanied by five shutouts, a staggering 16 goals (at least three in each game), and on Wednesday, they easily defeated the United Arab Emirates 5-0 in their final preseason friendly.

Four years after losing to Germany in the final in 2014, Argentina’s elimination from the last 16 with just one victory to their name was a devastating blow, but La Albiceleste should have more luck in Qatar. The Arabian Falcons, who had the honor of facing the host nation Russia in the 2018 World Cup opener, suffered a humiliating 5-0 loss, and they will certainly be fearing a repeat performance against an out-of-control Argentina on Tuesday.

With Mexico and Poland joining them in a difficult Group C, Herve Renard’s team, who inevitably exited at the group stage four years ago, faces an uphill battle to avoid experiencing the same fate this time.

While Saudi Arabia has done a commendable job on the defensive side in 2022, there has been a glaring dearth of goals scored at the other end, and they are unlikely to find much fun against a scorching Argentina team.

We can only imagine La Albiceleste blasting to an easy three points on matchday one given how easily Scaloni’s team has dispatched nearly every team that has faced them over the year’s .