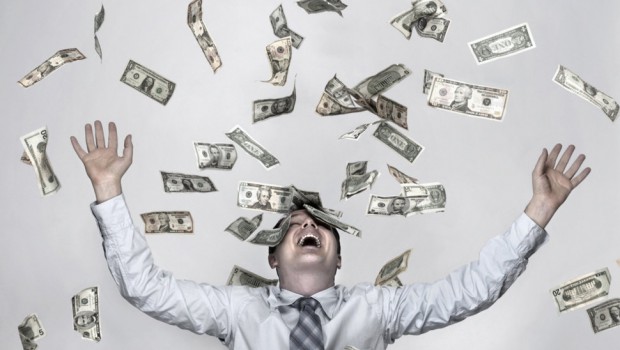 Contrary to what the popular maxim claims, it would seem that money is actually happiness, as a study by the Australian organization ReachTel shows. The study identified the impressions of a part of the Victoria area residents and showed that a majority of them feel they can fulfill their dreams and feel fortunate by earning $ 1 million or more in the lottery.

Happiness at the end of millions

30.4% of respondents felt that earning $ 10 million or more would be perfect to achieve their dreams and be happy. For 24.3% of respondents, earning $ 1 million would suffice for the same finding. This brings about 55% of people who feel that making money would make them happy. We who thought that money only contributed to happiness…

It should be noted that a similar study had been conducted less than a year ago and that the share of people wanting $ 10 million or more was much lower. In a short time, happiness has taken a few million more and is therefore more difficult to achieve.

32.2% of respondents believe that earning millions of dollars in the lottery would allow them to be financially secure and not to worry about future debts. 26.6% believe that the money would be used to help family members and loved ones, which would make them happy.

The quest for happiness or retirement?

Matt Hart, spokesperson for NSW lotteries, believes that people’s perception of happiness is very much related to having to work or not. The population that is now forced to work for decent living believes that having a choice to work or not is an invaluable luxury. For many, earning enough to stop working is likened to being happy. This is a shortcut but it is supposed.

“Interestingly, previous studies on this kind of subject showed that Australians felt that earning $ 10 million or more would be enough to stop working. Maybe the Australians have correlated between realizing their dreams and stopping working. It is a bit sad that these people assimilate their dreams to earning a lot of money. ”

And yet it’s supposed…