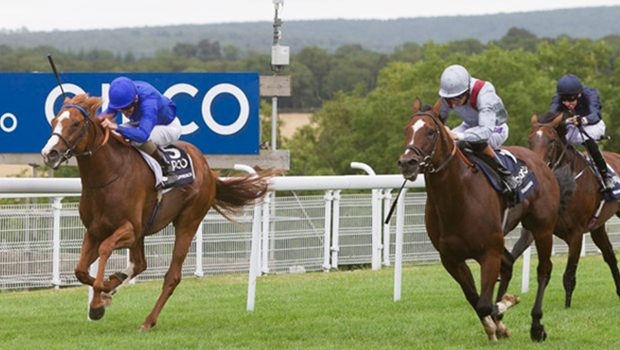 The 2014 British Champions Sprint Stakes, also known as the QIPCO Sprint Stakes as the investment firm are sponsoring the race at Ascot, will be the last time that this race is run as a Group 2 race with it being elevated to a Group 1 race for 2015. Last year’s winner Slade Power will not be returning to defend his title at Ascot this October in this race, so who will become the 2014 QIPCO Sprint Stakes champion?

The David O’Meara trained G Force has had a fine first year in competitive racing as he has ran eight times and won three times, with all three of these victories coming since April this year. He triumphed in his last race in the Betfred Sprint Cup at the start of September where he came in at 11/1 and with him having six top three finishes in his eight race career he certainly looks the real deal for this 2014 QIPCO Sprint Stakes race.

The seven year old gelding has a great year in 2014 as he has built on the success of last year. He has taken three victories this year after two wins in each of the last two years. His last race was the Sprint Cup that saw G Force take the victory and he could only finish fourth, but with him triumphing in each of the three races entered before that race at Haydock Park he certainly has enough in him to take the win at Ascot this October. The question is was that last race a one off or will he suffer another loss at the hands of G Force?

Gordon Lord Byron is another horse that was beaten at Haydock Park in recent times by G Force as he could finish only second place despite starting the race well ahead of the favourite for the 2014 QIPCO Sprint Stakes in the betting markets. He was the second favourite a week later at Leopardstown but was beaten into third place there too but with 23 top three finishes in 32 starts, including eight wins, can the Tom Hogan trained horse upset the odds at Ascot?

This race will be the ninth race of Muthmir’s career and the fifth race on 2014 where he will be looking to claim a third race win this year. He has a 50% record so far having won the Skybet Dash in York during July and then the Ladbrokes Portland at Doncaster in mid September as the 3/1 favourite. These are impressive stats, but he is a long way behind G Force in the betting odds and is he capable of upsetting the odds to this degree?

The 2014 QIPCO Sprint Stakes will be a closely contested and hard fought race at Ascot, but with the form that G Force is showing this year he certainly deserves to be the favourite for this race and I certainly see him offering great value at 5.50 to win this race.