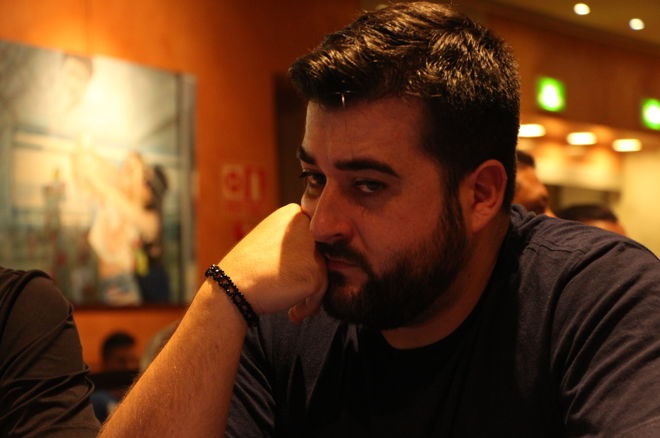 He started the fifth stop of Spain Championship Poker at the Grand Casino Marbella and made with the participation of 67 players, representing a slight increase compared to the turnout in 2015 was 64 players.

The conference lasted 9 levels of 60 minutes , during which the most outstanding player wasAntonio Montoza , who became the chip leader after amassing an impressive stack of 351,000 points. Nearby ended Petieri Kaltnius (326,800) and Davide Ferrari (280,075), who took the provisional podium leaving enough away to other survivors. In fact, it is striking that among the three accumulated almost 50% of the chips that were put into play yesterday.

The day began punctually with only 27 players seated at the tables, but that number gradually increased. The protagonist during the first few levels was one of the best known faces of Spain Championship Poker , Javier Zarate . The one of Jávea moved to the same rate that marks in each stop, but this time things did not leave as he wished. He had not passed the first and had already spent his first bullet, after finishing all in with a board in which his opponent down to him . Javier’s hand did not improve and that was the first visit to the cash desk, but not the only one he would do during Day 1a. Still, he failed to overcome the cut and will have to return today to the game if he wants to sneak into Day 2.

The first levels also served to see how the overall leader and some of his pursuers made their first attempt. Toni Vazquez , the player who now occupies first place in the race to be champion of Spain, was among the early birds , But it did not help him much.

Nor achieve the cut José Antonio Landa , one of which is immersed in the fight for the top places. The Basque lost one of the first big pots of the day when he flopped doubles and finished all in against a player with a pair of jacks. He returned to the game making use of his second bullet, but the result was the same. Bust.

Which if managed to make the cut and is now part advantageously José Luis Urrutia , who stop after Madrid lost second place to the benefit of Steve Enriquez. The one of Pamplona began with great force and was able to surpass all the ups and downs. When the end of day approached, he risked his stack in a squeeze all in with in which Davide Ferrari was paid with by a few points more than the starting stack. The board had two sevens and Urrutia got a stack that would allow him to close his bag with enough chips to make war on day 2.

Before the dinner break was David Merino , ending the day more than 100,000 points, which flirted with the lead after bind staircase in a hand that eliminated two rivals. Merino made a flip and went to the rest savoring what had been five levels very productive for him.

An hour later, with the record already closed, 42 players returned to the tables, but there two names stood out above the rest. The first was the end of that being the leader, Antonio Montoza . Montoza did not stop adding in what was left of the day, eliminating players and finding very favorable situations to maintain and grow their stack.

Lo Ferrari was another matter. Davide did not stop raping all day. Although he finally finished third in the counts, he can be sure to have been one of the most uncomfortable players of all how many participated in Day 1a. He did not stop putting pressure and knew how to get the best value possible to his best hands, but also make very good calls when his rivals tried to plant him face.

Before the day was over, there was still time to see a handful of players had to take the road to rail, including the champion of this tournament in 2014, Sven Danckaers , which was left without points when they had sung The last four hands of Day 1a and remained of the group of 19 players who are already guaranteed their presence on Day 2.

After what happened yesterday, today is the turn of Day 1b, a day in which is expected the arrival of most of the field of this stop, among which will be most of the players classified on the satellites online.