Another final for the Swiss

Another final for the Swiss

Posted on December 6, 2014 by Admin in Another final for the Swiss, Tennis 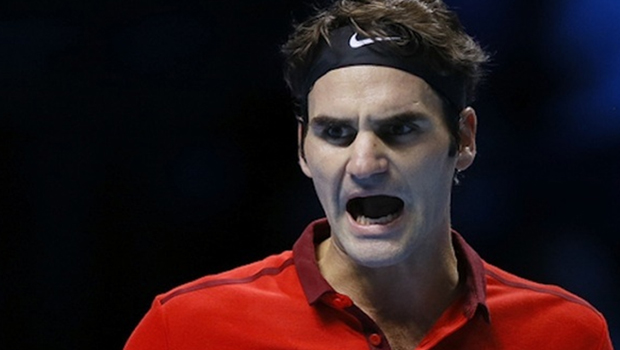 In a dramatic duel worth watching between Roger Federer and Stan Wawrinka on Saturday night, in the all Swiss semifinal with three sets, Roger earned his ninth final at the ATP finals. In the match with a result of 5-6, 7-5, 7-6 (6) Roger Federer managed to save four match balls, and turnover completely to earn a final duel against the new and old tennis No.1 in the world Novak Djokovic.

Being favored, and with all the odds and statistics on his side, Federer thought it would be easy to get the first place in the group, but came upon strong resistance of the Australian Open champion, who managed to let go of the four match balls that he had, and not being able to cope with his nerves at the end of the match.

As soon as the match started Wawrinka was dictating the tempo of the game, and serving the 17 times Grand Slam champion Roger Federer constant pressure that he couldn’t do nothing. In this all Swiss match in the second set Wawrinka had 5-4 and the ball in his hand to serve. He managed to get three quick points and with 45-0 he had four match balls (one from the advantage later) but in order to apply his pressure even more he came on the net all three times and left Federer wide open field that the No.2 in the world without panic knew how to handle.

Don’t forget to check the online betting sports forums, and win many good prices including the jackpot.

The fourth match ball was in the tiebreak and Federer won it with his amazing service and converted his international mate’s advantage into his possession and sealed and stole the semifinal, where he will face Novak Djokovic, who is in his best form, form of his life so far.

Novak who recently become father lost only 1 set in the past 10 games. He is on an amazing run and won 14 of the last 17 matches. Novak in the last duel confirmed the end’s world No.1 on the list, and now the only thing left for him is this tournament, but he has the reckless Federer on the other side of the field.

Ever since this season and year started both two have been head to head in all competitions but somehow after the summer Federer lost his game and the Serb Novak Djokovic got in an amazing rhythm, and the motivation to that is his newborn baby on 21st October, Stefan.

This will be an amazing match, knowing the fact that the Serb has lost last time on 11.10 exactly from his current opponent in China. After that he has a streak of 8 games without a lost set (all games 2:0) and the last game was with Nishikori where he managed to lost one set, but again won the match (2:1)

The odds and statistics are in the advantage of Novak Djokovic, but Federer himself has 1 loss in last 10 games, but he doesn’t have a streak of 10 and is not in such good form.