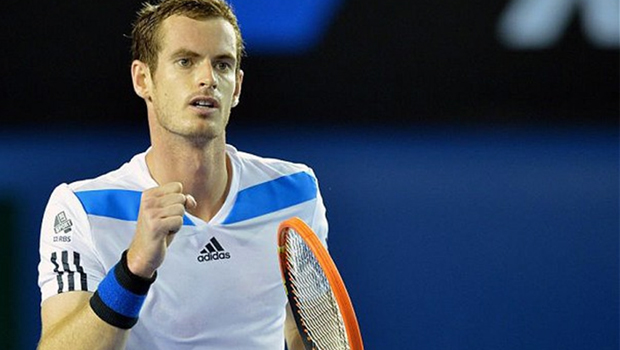 Today we are going to talk about one of the best tennis players in the world and the best Scottish player at this moment. His name is Andy Murray and he is ranked 6th at the ATP World ranking list. A little biography with some of the most interesting moments in his career and his private life won’t hurt anyone, so here we go.

Andy Murray was born on 15th of May 1987 in a little town in Scotland. His father was playing amateur tennis in his area, which result him of picking up a racquet on three years of age, and never stopped playing ever since. He participated in small amateur tournaments throughout the years but never managed to stand out of the crowd. All of that was just a training for what’s next to come, as the Olympics at 2012 he and his Britain met with Switzerland whom was represented by Roger Federer. Andy Murray managed to beat Roger Federer in their first clash, and became the first British tennis player to receive gold medal after more than 100 years.

Later on Murray had the first clash with Novak Djokovic as well where he managed to play one outstanding game and win the match. At that time Novak was not yet No.1 on the ATP world ranking list, which maybe explains the poor performance served by the Serb, but that is not an excuse and he knows he should have done better.

Let’s focus on the rivalry of those two – Novak Djokovic and Andy Murray, as they two are the closest players regarding to age, years played and play style in the top 10 of the ATP World ranking list. Since the age of three they started playing together where they would often organize exhibition matches with one another, where Murray turned out to be the better player. But as soon as they hit the professional career and professional court Djokovic was the one who stood out. They met in two finals, one in Miami and the other wan in Shanghai for the Shanghai Open, where Djokovic went home with the trophies. The fortune was with Djokovic Novak as well at the Australian Open at 2012 and 2013, but not at any Wimbledon or U.S. Open where Murray managed to go through the Serbto the next rounds each time they met on these tournaments.

In recent history in Murray’s private life things have changed as well. He got engaged with his girlfriend of eight years Kim Sears and is expecting to get married in the 2015. Let’s wish him a good and healthy relationship and may Kim be the muse for Andy’s great games.

Jackpot bet online is a site where you can find the news and information about sports and gambling on daily basis, as well as throw in few coins in the betting application and win some of the cool prices as well as the jackpot itself.