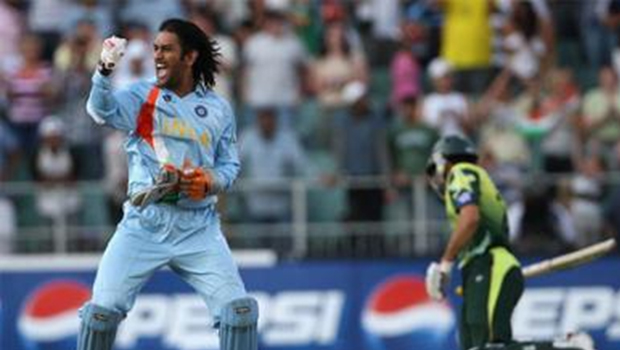 Commission said on Friday the West Indies all-rounder would not be suspended pending a hearing into his “anti-doping whereabouts” rule violation.

The 27-year-old, named in the West Indies squad for the World Twenty20 in India that starts next week, has missed threedoping tests within a 12-month period and faces a possible two-year ban from cricket if found guilty.

“The Jamaica Anti-Doping Commission has referred the matter regarding Mr. Andre Russell to the Independent Anti-Doping Disciplinary Panel,” JADCO executive director Carey Brown said in a statement on Friday.

“The Commission is awaiting a date for the hearing. Mr. Russell has not been provisionally suspended.”

Precedent would suggest that the panel, chaired by Kent Pantry, is unlikely to set a hearing date until long after the World Twenty20 is concluded on April 3.

Russell, who helped West Indies win the 2012 World Twenty20, is therefore likely to be available for the opening Super 10 match against England in Mumbai on March 16.

Athletes must tell their local anti-doping agency where they will be for at least one hour each day to facilitate drug tests, World Anti-Doping Agency rules state.

If an athlete misses three drug checks within a 12-monthperiod, that counts as a positive test.

Russell, who last month helped Islamabad United win the Pakistan Super league and was named man of the tournament, also plays for the Kolkata Knight Riders in the Indian Premier League

Players today negotiate hard with their Boards to play the annual summer slam in India. National cricket bodies like New Zealand and West Indies have tweaked their international schedules to allow their players to participate in it. Players like Kevin Pietersen have spoken openly about how not playing in the IPL has hurt England players in limited overs cricket. The ECB, after stopping their players from playing in the IPL, have realised the value of a two-month crash course their batsmen could get via big-hitting on small grounds, playing on flat tracks and performing in a cauldron that a full house invariably creates. So now, the buccaneering Jos Buttler gets to don the famous blue jersey of Mumbai Indians this year.

The Indian fan, who has been starved of big runs and big hits, thanks to the unusually testing conditions on offer in the Asia Cup matches in Mirpur should be happy to see normal service resume later this month. Make no mistake; the pitches on offer will have little in them for the bowlers. The ropes at all the grounds will be pulled ridiculously in. There will be generous dew at most of the venues and bowlers will be competing for the TFC (Thanks For Coming) award and will feel akin to bowling in a highlights reel.

This will be a high-scoring World T20. Just look at the scores the teams have registered across T20 leagues. Royal Challengers Bangalore’s 263/5 against Pune Warriors at the Chinnaswamy Stadium in the IPL of 2013 tops the list. The highest T20 score anywhere too came in the same match when Gayle bulldozed his way to 175. The organisers have also been smart to have West Indies play Sri Lanka in Bangalore where ‘home boy’ Gayle is nothing short of a cult hero thanks to his pyrotechnics in the IPL. It would have been the same had South Africa played there because of the number of heists AB de Villiers has engineered for RCB.

The pleasure of watching modern-cricket’s first 360 degree player in the World T20 will be derived by the Mumbai fans.