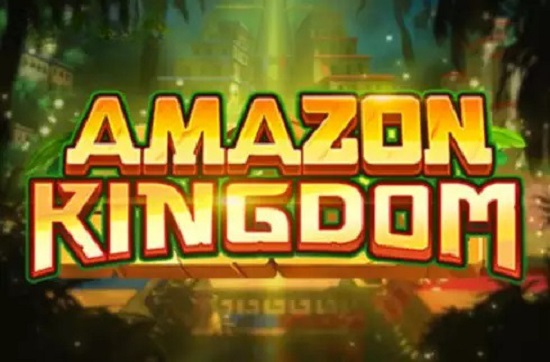 The first thing that enters the mind from the name Amazon Kingdom is Jeff Bezos’s images resting in his palace as drones ferry goods all around the earth and further. Meanwhile, Blue origin shares the joy of shopping online with stars.

Just For The Win had some other ideas in mind. Amazon kingdom sends gamers to South America to try their fortune with a list of various old and new attributes.

We assume the kingdom in this game refers to the Incas, whose empire held on to the western coast of Peru and Chile, which borders the Amazon rainforest. An article in Nature magazine describes the discovery of a vast pre-Columbian settlement in South Amazonia. Who knows? The Amazon Kingdom could be celebrating the find.

Gamers travel to a tropical region filled with bright green bushes and building works in the background. Its design matches the Aztec or Inca appearance in online games, so it has a panpipe and drumming soundtrack, creating a welcoming vibe.

The Amazon Kingdom falls in the category of highly volatile games and takes place on a five-reel, 4-row grid with 30 fixed pay lines. These lead to a win when two character icons land in the adjacent reels on the left side. This game comes with three RTP adjustments,96.21% being the maximum return value. You can play from any device. Fascinating characters on paytables are male and female, who can land anywhere from 1by1 to 1by4 in size. These represent the highest value, awarding 10x the stake for 5 of a kind. Moving forward, we see three animal-like symbols worth 2 to 4 times the stake for 5 of a type before attaining J-A card levels, where one line of 5  pays 1 to 1.5 times the bet.

Developer: Just For The Win

Features in the Amazon Kingdom slot follow the Scarab Kingdom, and most of the additional bits are similar. Not identical since several amendments have been effected on some details. You will better understand what’s going on if you have had some experience with the Scarab Kingdom Amazon.

Furthermore, when gathering at least one Bonus icon, the chances are that the Queens’ additional attribute bonus icons show up at the base play. At the same time, every reel bears a bonus holder on top. Whenever a bonus icon lands, it equals its adjacent Bonus Holder—gathering 3 Bonus icons on one icon trigger attribute reel.

When activated, twelve gold coins appear on the screen. Participants select coins one after the other until the display realizes three similar-looking cash prize icons. When triggered, 12 gold coins are displayed on the screen. These icons stand for four awards worth 15times, 40times, 200, and 5,000 times the stake.

Free round icons are available on the reels 2, 3, and 4 at the base play. Landing the three reels activates the regular free turns bonus spins. In the course of this spin, the entire wins are increased by x2, and a Wild Scroll is put on reel three at the beginning of the spin. Gamers don’t get a specific number of free rounds.

Instead, the bonus ends when Wild Scrolls are no longer in view as well as the starting Wild Scroll. If new wild symbols land, it creates a Wild Scroll from its triggering position to the bottom of the reels.

Once two free spin icons land on the base play, they increase 1 point to extra rounds. Upgrade Meter – twenty points are required to complete the meter. Once complete, three additional spin icons land the following time, and gamers win ‘Super Free Spins.’ The distinction with this extra spin is that the Wild Scrolls begin on reels two and four, and x5 increases win by x2.

There is no significant difference between the Scarab Kingdom and the Amazon kingdom. It is almost a reshuffle of what has previously been there. The overall feel remains the same apart from the theme, and the maximum has also not changed.

If the Scarab Kingdom pleased you, the Amazon kingdom should make you happy. We imply by stating ‘by feel’ that the Amazon Kingdom got similar pacy action where attributes are frequent while the collection opportunities assist you in hanging around for a longer time than when they are absent. The graphics weren’t as impressive this time, nor the soundtrack as groovy as it was. Nonetheless , the rest of the Amazon Kingdom is at per with its Egyptian relative.

Digging into the finer details of the games brings the distinctions between the two games—one significant difference being the super style of free rounds.

Now that the Amazon Kingdom is sequential, it misses the originality factor. Selecting one game over the other is entirely dependent on how you earn winnings during the free spins.