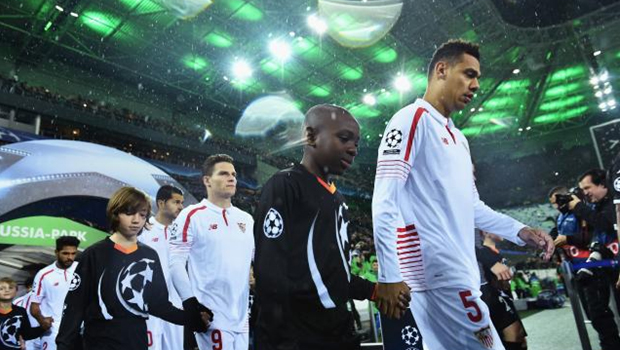 Although for years the debate which is better leagues, clubs from the Spanish Cup in midweek were completely blown away the competition.

Real Madrid started the ‘terror’ opponents on Wednesday in the Champions League, when no problem Rom mastered the ‘Olympic Stadium’ – 2 : 0.

Thursday was the day when the four teams from the Iberian peninsula triumphed in sixteenth-finals of Europe, and particularly so that demolished Valencia Rapid Vienna with 6: is 0. In this duel gleaming 20-year-old Santi Mina, which is the first 35 minutes scored two goals and assisted another three. Seville is 3: 0 easily beat Molde, while Villarreal made a surprise and a minimum score beat Napoli. Score 1: 0 is seen in a duel Olympique Marseille and Athletic Bilbao, which marked Aric Aduris fantastic goal with more than 30 meters. Spaniards in five games played reached a total of 13, but have not received a single goal

As for other ‘League fives’ concerns, Bundesliga side are 3/5, and the biggest losers this week as the English Premier League and Italian Serie A. Both competitions have four representatives, and none failed to triumph. In addition to the aforementioned Napoli and Roma, Fiorentina played 1: 1 with Tottenham, while our Sergej Milinković-Savić brought the same score against Galatasaray in Istanbul. Manchester United fans for months seeking the resignation of manager Louis Van Gaal and now their anger intensified dramatically after the shocking defeat against Midtjylland (2: 1). Chelsea also with 2: 1 lost to Paris St Germain in the Bundesliga, while Liverpool failed to break through the ramparts Augsburg – 0:0

Jackpot bet online puts together the dominance of the clubs that come from Spain in one single article to show you, our fellow readers the game that they are playing and the results that they are achieving.

This is something that started several years ago, when without doubt Barcelona and Real Madrid played the most beautiful football in the world, supported by few other teams like Sevilla, Valencia, Bilbao and Atletico Madrid.

There are teams from other leagues such as Premier league, German Bundesliga, Italian Serie A, that are near the game of these two teams, but cannot cope playing with them on long term.

Spanish Primera division has a lot more to offer if they want to be on the level of the English Barclay’s Premier league, since there are only 6 teams that perform on top level and that can cope with the European leagues, where in the premier league almost every team can reserve a spot after the group stages in the most elite competitions.