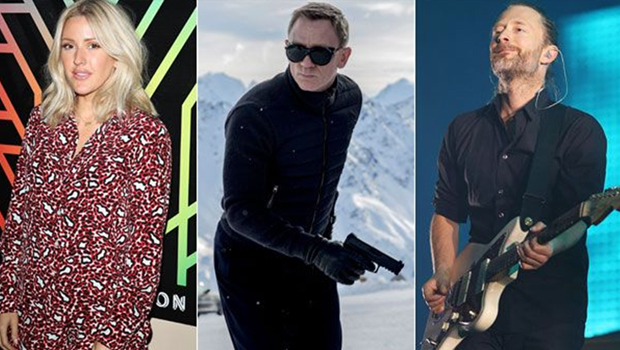 In modern days betting and gambling we have people having option to bet on different things such as who will have concert in Tokyo in 2019 or when will Red Hot Chilli Peppers release their next album. My point is that we can gamble on anything that comes on our minds, and something interesting happened in the gambling world. Apparently one of the leading bookmarks refuses to take more bets on the odds of which singer / band will have the honor of filming and composing the theme of the next James Bond movie, after receiving a bit of £15 000 from one person who said that Radiohead will have the honor and will be the ones who will record it.

It is surprisingly high amount of cash to place from a single person to a single performer, or in this case, a band, and it made the whole gambling world open their eyes more. There were rumors running around that it might be a fixed thing already and the person gambling knew already, but it cannot be such a thing since the relations to the person were nowhere close to either the band members or to any of the James Bond cast members. On top of that not even Radiohead themselves had no idea that they are even close to being selected as the bend recording and composing James Bond music, rather than some random dude with cash.

Now the question rises on who will be the singer of the James Bond theme, same as the band, several singers have been related and linked to it, but the most odds are being held by Ellie Goulding. The singer was seen leaving Abbey Road studios in London, the same studio that Adele recorded Skyfall in, for the previous James Bond movie in 2012. She didn’t hesitate to hide her stay in the Abbey Road studios, but immediately put a picture on Instagram of when she is in the studio staying “That’s a wrap!”

Because of these several happenings that we mentioned above, that clearly lead, one way or another, to the people who are most probably going to record the next James Bond theme song, the betting on the Singer of the theme as well as the band behind it has been suspended from almost all the leading online betting sites. Radiohead is the favored band while the singer role will most probably belong to Ellie Goulding. The leading sites that suspended the betting of these topics said that Ellie Goulding was the one who received the most amount of bets to win the competition, but none of them can compare to the £15 000 bet which caused the leading sites to suspend the betting. If you still want to bet on this subject maybe one of the smaller betting sites still has it up, so go check it out.