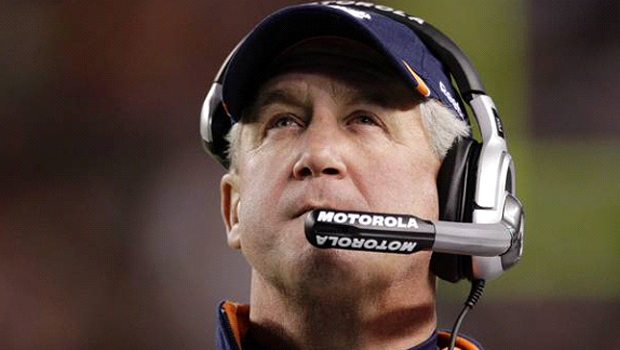 After another loss, coach John out

The Denver Broncos coach, or should I say ex-coach from now on, have officially agreed to stop the contract and walk in separate ways as the former several months has been a hell to both the team and the coach.

After meeting with the official owner of the Denver Broncos, John Elway, he and the coach John Fox have had a long conversation on Monday night and decided that this was the best period to part ways and to leave the room open for improvement of the team, and of the coach as well. They have agreed on these like grown adults they are, and future reunion is left open as an option for the team and coach. The meeting happened right after the coach John Fox had meeting with the players of the Denver Broncos team regarding the season end performance of each one and players development throughout the year. He surprised the players with saying thanks for the good work and he appreciated everything they have done for the club but most of all appreciations where addressed to the players that made him better coach with their hard character, little strange but really honest, and I don’t think that any player or coach has ever said that one to another in this or any other game out there.

The players after this announcement were put under an interview and were asked word of two about the coach John Fox, and their responses were all the same. They said that the coach had unusual tactic for the current league standards, but it worked well. They have managed to grasp some success along the way, but of course there was big room and space for improvement. After the separation of John Fox and Denver Broncos and their friendship or relationship that lasted for four years, he had led them to the AFC West title every single season that they have been under him.

The whole team has 17 free agents playing for the club. The owner of the club must have had a good contemplating about the situation as they can leave the club any time they want. It was John Fox who kept them in the team all together with the Denver Broncos standard players. If they decide to move to another club or follow their coach it will be a disaster for the whole team, as there are stars such as Demaryius Thomas and Julius Thomas. There are the two best defenders as well as their mid leader Oakland raiders.

Let’s hope something like this won’t happen as the whole team and their next several seasons will be ruined.