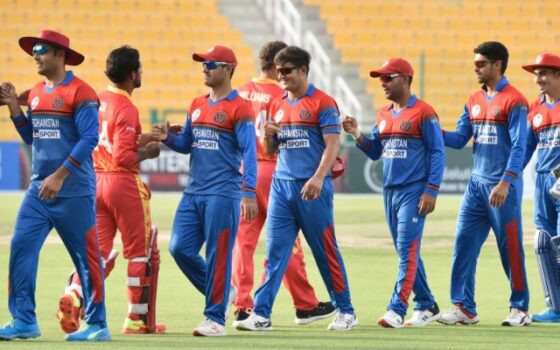 After the 2nd T20 international game between the two teams, the series decided in favor of Afghanistan. No doubt, the AFG side played outstanding all the time with the ball and bat. Now, all the viewers think that the final game did not have a huge impact. On the other hand, there will not be any pressure over the home side. But, in cricket, anything can happen at any time. I am here to leave helpful information for the viewers who are waiting for the winner in advance. Here is the preview of the two teams.

In the 2nd game of 20, 20 cricket, the AFG decided to bat first to post 193 runs on the board. It is a decent total that is not changeable by any best side of cricket. No doubt, if you picked some excellent start, then no one can stop you from winning the match. However, most of the ZIM players remained under pressure due to the total in front of their eyes. Sean Williams cannot handle all the pressure as his own. The lower and middle order would have to take some responsibility to overcome the issue. Moreover, the bowlers also need to re-think their line.

On the next side, a lot of Afghanistan players played international games and did many runs. Rashid Khan, Mujeeb, and Muhammad Nabi took part in PSL, IPL, and away series to gain the whole experience. After winning the last two games, the prediction favored the AFG side due to having psychological pressure over the opposite. More than 90% of people think that Afghanistan will wrap up the series by 3-0. But, the outcome will come on the play day. Here are the odds and tips for you.

If you want to attain the facts and figures of teams, try to gather all the essential information about groups. Moreover, head-to-head results played a vital role in these kinds of expectations. On the other hand, the performance on home grounds and away from it posted more impact. No doubt, a single player may change the whole condition of the game.

Everyone has their own experience, but according to my information and past detail, AFG will easily win the final game. If the bowlers of Zim picked some early wickets, then the situation may be different than the expectations.

All the conclusions are made on behalf of the previous performance. I hope you know the accurate detail of all the players. Do not forget to see the injuries of big players before the start of the game. I have noticed that most of the senior players lifted from the game due to severe problems. These kinds of things may change the result of the game.