Posted on September 7, 2022 by Admin in Football 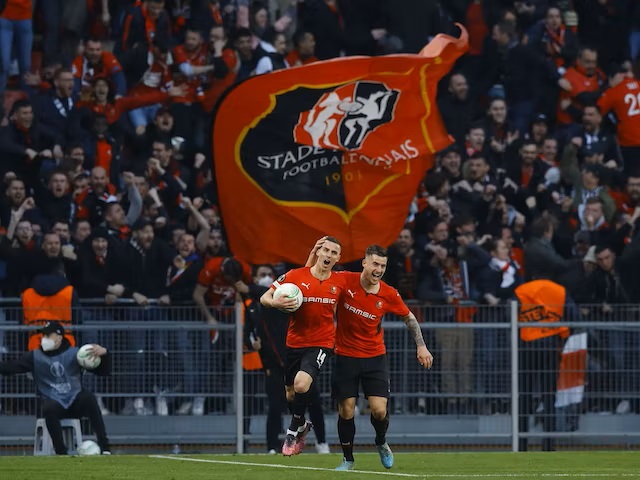 Powerhouses from the Ligue 1 travel far to Cyprus on Thursday night to play AEK Larnaca in Group B of the Europa League.

The hosts enter the game at the AEK Arena having lost to Omonia in league play over the weekend, while Bruno Genesio’s squad could only draw with Troyes.

Larnaca had the chance to compete in the top tier of European competition for the first time in their history after placing second in the Championship round of the 2021–22 Cypriot First Division. They did this by making it to the second qualifying round of the Champions League.

However, the Danish team Midtjylland easily defeated the green-yellows before sending them to Europa League qualifying. Meanwhile, neither FK Partizan nor Dnipro-1 could compete with the Cypriot team, who advanced to the group stage for just the third time in their history.

Larnaca had previously qualified for the Europa League in 2011–12 and 2018–19, but unsurprisingly failed to advance to the knockout rounds. Jose Luis Oltra’s team’s new domestic campaign hasn’t exactly started off well either.

The hosts of this week have just one point from two games after drawing with Doxa at home and then losing  to Omonia, another team competing for the Europa League, on Saturday. Fotis Papoulis scored the winning goal in the 85th minute after Larnaca had rallied from a 2-0 deficit to tie the game.

The fact that Oltra’s team scored at least twice in each of their four Europa League qualification games earlier this summer should at least give them some confidence, but in their last two appearances in the secondary competition, they have only managed one victory from six group games.

A rearguard shake-up has not had the desired impact for Genesio’s underwhelming side, who could only take a point back to base from Troyes at the weekend. Defensive moments were the focus of Rennes’ summer transfer window.

Before Yoann Salmier’s straight red card appeared to give Rennes the chance to turn the tide in their favor, Ike Ugbo put ESTAC in the lead. However, Genesio’s team could only manage one goal from an unlikely source in Baptiste Santamaria.

In their first six Ligue 1 games of the 2022–23 season, Rennes has recorded two victories, two draws, and two losses. Worryingly, Les Rouges et Noir are still searching for their first shutout of the year.

Amine Gouiri’s arrival from Nice has only strengthened the visitors’ attack as they look to build on their last season’s run to the Europa Conference League last-16, where they were defeated by Leicester City. Rennes’ offensive prowess has never been in question.

The French team is participating in the Europa League group stage for the fourth time this season, but they have only ever lost to Arsenal in the last-16 of the competition. They take on Larnaca for the first time on Thursday, hoping to snap a four-game losing streak in away Europa League games.

A Larnaca team that has previously proven to be effective against European competition could have a field day scoring goals here, with Rennes likely to rotate and unable to maintain a tight defensive structure.

Genesio’s working without Doku or Gouiri is also not a good idea, but Les Rouge et Noir still have the attacking know-how to succeed on Thursday.