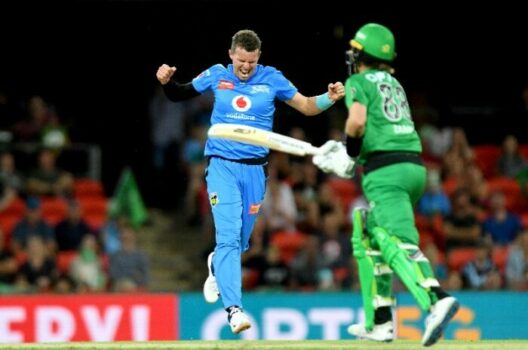 The contest between the Adelaide Strikers vs Melbourne Stars scheduled to play on 11th January 2021. Everyone is waiting for this match because of the crucial ones. You know that the captain Alex Cary did well in the last match and add some precious runs to the total. But, the final failed to win the match. They did not provide good performance in last some matches. It is hard to see to lose three games from the last 4. There is also some problem in the bowling department on the same side. But, know the skipper will try his best to do something new than the past.

If we talk to the teams’ openers, they are posting the runs very regularly in the past. We cannot forget the performance of Phillip and Renshaw in recent games. In the middle order, Alex Carey also handled well to give more edge to the lower order batsman’s. On the next side, that is the backbone of every match, Rashid Khan, the top spinner of the world, impressed the viewers with the ball. He would like to maintain its work in the coming game also.

After well start in the season, Maxwell’s side remained to struggle at the middle time of the series. He only picked one win from the last six games. It is the reason to put the team to 6th number on the point table. Now, the side has the last chance to improve points. Otherwise, they must be out of the league. All the players have to learn from past faults to reduce now.

The winnings will tell you about the rating of the prominent players as well as about the teams.

The official and different rating favoured the Adelaide Striker. But, according to the previous description, the Melbourne Star would be the winner of the match. Both the sides were struggling in the games. They loosed from the opposite side with a handsome margin. This game adopted too much important for them because of the crucial time of the league. The batting performance of ADS remained good but bowling created problem. On the next side, the situation is altered to it. So, we can also give equal points to both sides.

All the information in the above has taken from the official sources. If you still have any issue, then you can go to any other spot. According to the point table and recent detail, the Melbourne Stars has more chance to win the game. But, everyone knows that anything can happen in cricket at any time—our prediction based on the previous material and the strategy of both teams captains. Let’s see what will happen on 11th January 2021.