A loss in the golf world

A loss in the golf world 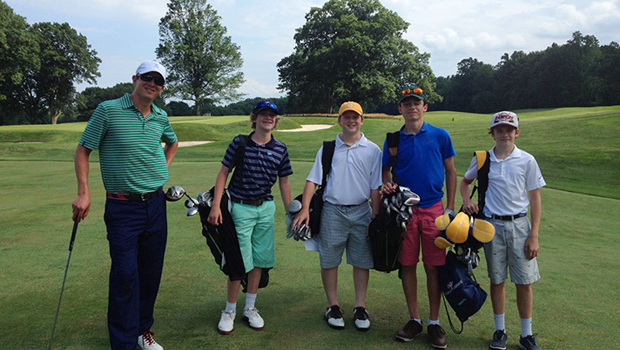 The writer of the articles, the teacher of the future generations to come, the outstanding, the one man who always had the plan – Wes Mensing is no longer with us.

He was the second youngest to make it in the America golf teachers under the age of 40, and only 40 teachers in whole America managed to get in there.

Wes Mensing, 27, did not made it out of the car when he and his girlfriend Erin, 30, got hit by a car in Ney York last Sunday. Erin is in a good condition, out of life danger.

The golf world not only lost one of the great teachers to come, but lost one of the best article writers in golf history and the teacher that had taken advice or two from every big golf player that is alive and ever stood on the No.1 position on the list.

Wes Mensing had many children in his teaching school, and you could have seen the happiness in his face when he was holding the lectures. The talks and the lessons that he would put in the children’s heads were in a way that you could not forgot them. He was the 2nd youngest golf teacher in America, and already among the best. He wasn’t afraid to show what he knew best, he wasn’t afraid to go with 2 or 200 kids at the golf course and teach them what he knew best. It is most certainly one of the saddest weeks in golf history.

The lead assistant in his second year of teaching, and a master from 2011-2014, Wes Mensing was the man with the plan. He knew exactly what every kid was missing and how to get to that point with slow but strong steps. Mensing would often take one kid to the ground and practice his bad moves with it, and one of the many things he did that other teachers lacked is that there were rewards for successfully completed tasks or lections. Don’t forget that he was McLean’s favorite, and McLean is the father of all the teachers in America.

He commented that Wes Mensing was attracting new people in the game on daily basis, and when you combine it with his teaching abilities you get an outstanding human being. He was doing the job better than the ones who are supposed to attract new youngsters and players of all age to the sport.

As we pass our condolences to the family and his girlfriend, don’t forget to check the other articles that tare on jackpot bet online sports forum site. There you can find information about every sport, latest news and transfers, and let’s hope that there will be less and less articles about losses like this one.

Check the betting forum and throw in some cash in order for you to win the jackpot or some of the cool prices that go along with it, and become one of the many happy players on our site.