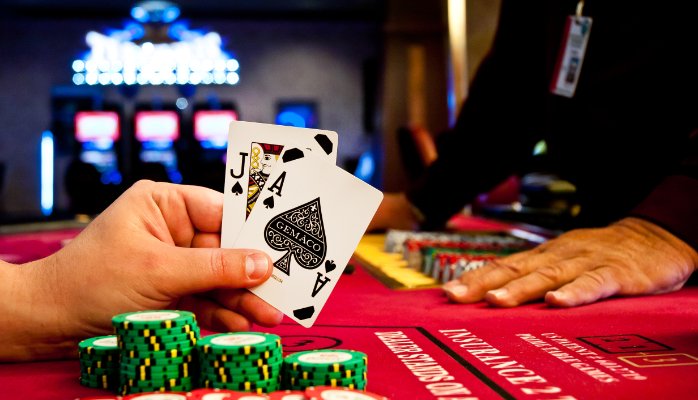 All the players of slot machines of the whole world, online or live, believed at one time “to understand” the machine. This is often what happens when you know a series of luck where, over several hours or days, you feel you have found a way to beat the game in the long run. Launch x number of spins in a certain way, chain games in a certain order, change bets on a regular basis, etc. The reality is that we all ended up losing and realizing that it was not than luck / bad luck.

Normally, there is no way to cheat at a slot machine unless you use specialized hardware. Nobody could believe that one can naturally (or almost) predict the results of a slot since it is supposed to be governed by a random number generator. That said random says unpredictable. And yet.

A group of Russian hackers, after hundreds of hours of study, came to understand how a slot machine worked, so much so that they were able to know when to press the spin button to win. To win, they did not need an electronic device or manipulate the game: they had to understand it enough to exploit it. Technically, casinos can do nothing against this type of “fraud”, if not ban the players in question once spotted.

To understand how this has been possible, we must return a few years back in Russia.

Russia, under the influence of its Prime Minister Vladimir Putin at the time, banned land casinos in 2009. This forced all the establishments present to sell their equipment at low prices because they were no longer needed. Some of the slot machines sold found themselves in the hands of malicious people and convinced they could find an exploitable flaw.

It took months and months of intensive study, calculations, to finally understand that the flaw existed on some slots. These were former models of developers Aristocrat and Novomatic, two leaders in the land casino industry.

In 2011, several casinos in Europe reported incidents involving some of their slot machines, all Novomatic. Some individuals managed to plunder these machines without surveillance or technicians finding any fraud. Ultimately, the developer concluded that these people were able to “identify trends in the outcome of these games.”

The operation on the Novomatic slot machines proved to be a success, which allowed to extend the techniques on the old Aristocrat. The whole challenge was to avoid looting a machine, but to make sure to gain a little on a lot, not to arouse the suspicions of security. It was necessary to have access to a large number of slot machines of these developers. The United States thus became the new playground for Russian hackers.

One of the Russian fraudsters is too noticeable

It was in the United States that fraud was really brought to light after Murat Bliev passed through Lumiere Place casino in Missouri. Between June 2 and 3, 2014, casino officials noticed that some slot machines had abnormally returned to customers. Surprisingly, no jackpots had been triggered, which led to the belief that a fraud had taken place.

After examining the recordings, security noticed a young man sitting in front of a machine. The latter bet for a moment, then left the game for a few minutes and then came back. It was during this return that the earnings began to fall. Every time. He invested an average of $ 20 to $ 60 per slot and withdrew up to $ 1,300. He then changed the target and resumed the operation. In two days, Bliev managed to raise $ 21,000. The security had to pass and to repeat the tapes, no fraud could be detected. Only the strange way he had to throw spins (pressing almost nervously) questioned the casino.

It was only by calling on a number of experts, examining the gangs over and over again and launching a national investigation that the authorities were able to understand how fraudsters were proceeding.

Concretely, a player went to a machine and played a few minutes. These few minutes were filmed and transmitted immediately to technicians in St. Petersburg. The technicians then analyzed the recording and calculated the winning trends of the machine. They then returned a home-made application that vibrated 0.25 seconds before the gain arrived on the machine. Vibrating ¼ of a second in advance would counter the average reaction time of an individual. So the player was in the perfect moment to predict a win and pocketed the currency over and over again.

This fraud can easily earn $ 10,000 a day and is still practiced today (certainly with new techniques to stay discreet). Some individuals have been arrested but the brains of the operation are still at large and are busy employing new players regularly. A Singapore casino has recently admitted having dealt with a fraud of this kind. This is a very effective fraud because it is difficult to spot and thwart.

This history shows us that it is possible, in theory, to predict the results of a slot machine, which proves that the random number generator is not as random as this, at least on under the terms “old”. Is it possible to find this kind of trends on online slot machines? Confess that you are curious.