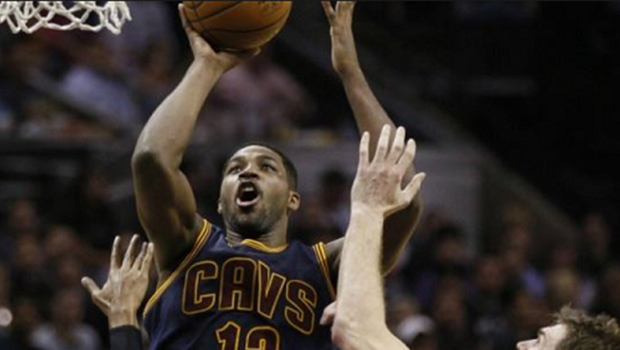 A deal pitying Tristan Thompson and Cavaliers breaks down

A deal that involved free agent Thomson Tristan and Cleveland Cavaliers has broken down. This comes as the team prepared for its media day this Monday. Thompson representatives had advocated for a three year deal for their client which was turned down by the team.

The collapse of the deal meant that Thompson won’t be available during a practice session with the Cavs on Tuesday. Nonetheless, this didn’t mean that everything has faded away as both parties are putting into consideration the amendments of the deal. Thompson would later be told that he has until Thursday to decide whether to acquire the one year deal offered by the Cavs which is worth $6.9 million.

General manger David Griffin claimed that they loved Thompson and it would be their pleasure if he becomes one of them in the upcoming season. He continued to claim that their action of according him with this amazing deal has clearly shown that they were ready to incorporate him in their squad and together the team would be a mile ahead. There was however nothing antagonizing actions taken by Thompson as it was the perfect step to undertake and everything that happens has a fundamental reason behind it.

Thompson can’t be faced by any fine for missing the media day as he is not tied by any contract. Come Thursday however, he will have the option of agreeing the new long term deal with the signing of the qualifying offer. On the other hand, he may opt to request the Cavs in extending the deadline for the offer until everything at his disposal becomes justifiable.

Up to now no deal has been struck yet. This comes after the Cavs had previous accorded him with a higher deal that went up to $16 million as yearly salary but Thompson on the other hand advocated for a three year deal worth $53 million or a five year deal worth $94 million.

Next summer provides a highly inundated market and this would be tempting for Thompson to acquire the qualifying offer with the hope that comes 2016, he would get an appealing offer from elsewhere. Nonetheless, before the Thursday deadline, both parties will take time and come up with a substantial solution to the matter.