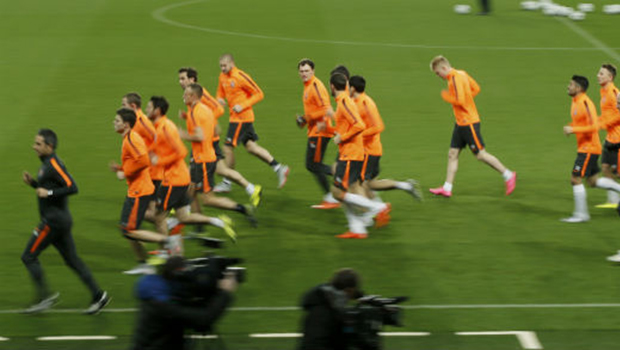 A bunch of injured and suspended, a list which should be known before betting on the Champions League

In the huge problems is Manchester United. Barcelona coach did not call three starters, Real Madrid without six, Manchester City as well.

Tonight’s on the ultimate outcome in groups A, B, C and D in the Champions League. The situation in some of them is already fairly clear, while in others the ultimate outcome is expected tonight. Gomila suspended and injured players is definitely one of the factors that could affect the epilogue and outcomes of matches, and if there will be some of the matches found on your ticket-it would be useful to know that GRACE trainers do not count.

The most difficult situation is that najvetrovatnije Manchester United must win the away game if it wants to Wolfsberg in the next round. Louis van Gaal from before can not count on Luka Shows and Antonio Valencia , and on the list of injured they joined Marcos Rojo , Ander Herrera , Wayne Rooney and Morgan Šnajderlin . That is why the Dutch hosting the Wolves were forced to take the lead unestablished young men like Guillermo Varela , Nick Powell , Sean Gosa and Cameron Bortvik – Jackson .

On the other hand the only problem for the home team’s physical condition Luiz Gustavo who is not yet known to play a lick. Draxler has recovered and will be ready.

Carefree Manchester City welcomes Borussia Monchengladbach without six regulars bit. For various reasons, the sword does not apply Demichelis , Nasri , Zabaleta , Fernando , Kompany and Aguero. No guests are not in a better situation since coach Schubert can not count Schulz , foreigners , Dominguez , Herman , Hana and probably Traore .

Juventus traveled to Seville hosting without several first team players. Allegri will have to assemble a team without Mandzukic, Hernanes, Lemine, Evra, Caceres, Kediri and Pereira. Seville, who is still hoping for placement in the Europa League can not count on previously injured Beta , Kakuta, Andreolli, karis and Pareja . Recovered Tremulinas and Banega.

Real Madrid’s coach Rafael Benitez decided before the match against Malmo breaks Modric , Navasa and Bale , were injured Carvajal and Varan , the team will not compete skipper Ramos . An outsider from Sweden is in a very difficult situation because it can not račluna half the team due to injuries. For the match against Real Madrid were suspended Bengtson and Rozenberg , and were injured Molins keeper Wiland , Arnason and Azinović .

Like Benitez and Luis Enrique from Barcelona decided to roaming in Leverkusen spare starters Iniesta , Pique and Alves but the leaves were injured Mathieu , Roberto , and even before Douglas and Rafinha.

Atletico Madrid to Benfica hosting goes without injured Thiago and Jackson Martinez , while national coach does not count on Semedo , Luisao , Salvia and Silvija .

The only game where coaches have no problems with injured and suspended players the showdown Paris Saint-Germain and Shakhtar.

A complete team at your disposal to host Galatasaray has Astanin coach Stoilov , a TRUŠKE team will not be able to count on suspended Denajera and Altintop .

We hope to have you with this data is somewhat easier sastvaljanje tickets and help in the selection of matches that you look at.