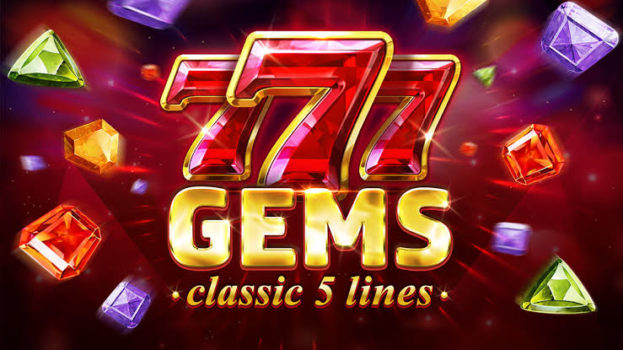 Another continuation of a well-known video game is coming our way directly from Booongo’s innovative kitchen. If you loved 777 Gems, you would love 777 Gems Respin, because this 3-reel, 5-pay line video game is arriving with a Respin attribute, activated when two reels are packed with like icons. Playable starting  £0.10 the stake, the 2019 production houses crisp visuals and an excellent soundtrack and is intended for punters who delight in rolling the reels of old-school game machines. Load all the cells with similar elements, and you will multiply your wins and pocket by two up to 1,500x the stake.

Since we are discussing an ancient one-armed bandit, then you can only suppose that the entire icons populating the reels can be seen in land-based game machines across the world. The visuals are straightforward, however crisp and the reels operate as efficiently as possible. The triple Lucky Seven is the symbol that rewards the most, 150x the stake for 3 of a kind. Punters will as well meet a Golden Bell, Bar, and four types of Gemstones, inclusive of Ruby, Sapphire, Amethysts, and Imperial Topaz. Finally, there is an X, which happens to be the lowest-awarding image on the reels.

This is most likely the dullest section of the story because there is less to talk about when it comes to the regulations of the play. The Booongo theme presents three reels, three rows, and gains from five fixed pay lines. Your only work will be to land three matching symbols on a pay line, which will fetch you payments. Staking is fixed at ten coins for every spin. However, the coin value can be changed, implying that punters can bet from £0.10 to £100 for every single turn. Such a wide staking range is likely to attract both casual gamers and high rollers.

Action junkies stay aside because there is less enjoyment here. No complicated attributes on offer and no free spins punters can gain from. Even so, there are several additionals gamers may use. For example, if you load two reels with similar icons, you will activate a free respin, hence the name of the slot. Reels with matching symbols will be locked, and the non-matching coil will do a respin, offering you a 2nd opportunity to win big. Also, gamers will have to wins if they make it load all the reels with matching symbols.

If you desire significant wins, then look out for the red triple Lucky Seven, because it will fetch you 150x the wager for 3 of a kind. Given the truth that all wins are multiplied by two when the cells are packed with matching icons, punters can expect 1,500x the stake in one spin. This will take place once you pack the display with Lucky Sevens.

The 2019 production is a straightforward video game with simple attributes. The visuals are as well simple, but crisp and the quality of the slot secures that the reels operate as smoothly as possible. All this guarantees an equivalent gaming experience on desktops and mobile gadgets because the Booongo product can be played on all devices.

If you supposed that 777 Gems Respin is filled with complicated attributes and that it is made for action junkies, we could only state that you were wasting your time reading this review. If you are a lover of classic fruit machines, then count yourself in the right place. The Booongo heading is a straightforward video game, where you only require to click that Spin key and wait for something to take place. If you load the cells with like icons, you will be in for a real treat, because all wins are doubled. A maximum payment of 1,500 will pull players who are seeking for a way out to win big smoothly.