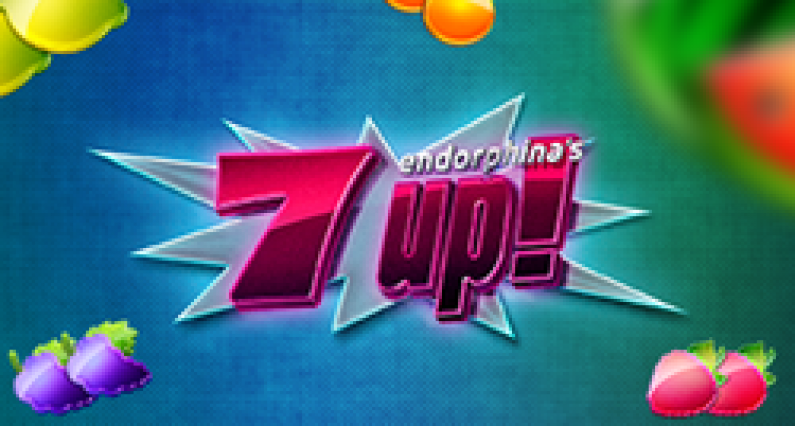 With very high temperatures at the dawn of summer, what better pleasure than to refresh yourself through a nice and refreshing slot machine on the theme of a fruit slot?

Endorphina understood it and chose the right time to present its next title: 7 up.

The 7 Up slot machine is in line with the fruit slots, these slot machines retro to the symbols, of course, of fruits among lemons, cherries, watermelons, grapes, raspberries and oranges. There are also BAR, 7 and star symbols.

Only the symbols of the machine inspire the classic side of the vintage slot machines, since the decoration is rather modern, with a background that takes on the color of fruit that has been active on the most recent winning combination.

7 Up has 5 paylines on three rolls of three rows each. The name of the 7 up slot comes from the multiplier by 7 which can be reached during the bonus game.

Endorphina has recently been mentioned around an interesting win released by a session of 165 free spins, or even the release of their penultimate slot machine, In Jazz.

The gameplay of Endorphina’s 7 up slot machine

3 similar symbols on a paylines are needed to drop a gain in the 7 up slot machine.

The symbols of oranges are the ones paying the least, then in ascending order of value one finds the lemons, the raspberries, the cherries, the grapes, the watermelons, then the symbols BAR, the stars and finally the 7.

In addition, at the end of each win, the player may try his luck at a game of battle of playing cards in which he must draw a card of greater value than that of the slot machine.