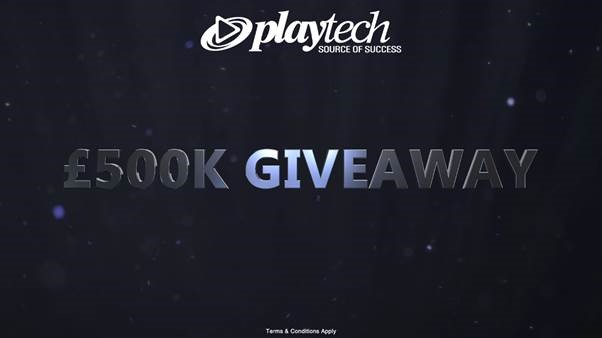 Playtech has launched the biggest promotion ever on its network. The latter extends over 28 days and offers a huge prize pool of £ 500,000.

The great £ 500,000 prize pool promoted by the Playtech casino software provider coincides with the launch of the superman theme games Superman (1978), Superman II (1980) and Man Of Steel 2013, all inspired by movies From Superman. In addition, Playtech gives players the opportunity to enjoy an interesting no deposit bonus on the Ace Kingdom casino.

This Playtech promotion follows on from the tremendous success of last year when the first series of CD titles was launched and celebrated. Four different draws are planned. The first will allow bettors to return with cash prizes of £ 200,000, while the other three will each award a £ 100,000 prize pool. Hundreds of small lots can also be won, and the highest winnings are £ 5,000.

It is easy to participate in this promotion. Indeed, each £10 bet made on Playtech games, including the newest and most popular, entitles to a ticket for the draw. The promotion takes into account games like Plenty O ‘Fortune, Age of the Gods, Buffalo Blitz, Halloween Fortune, Space Invaders, Green Lantern, Man of Steel, as well as Superman I and Superman II. There is no limit on the number of tickets a player can get, allowing participants to have an unlimited number of tickets and opening the door to countless prizes.

More surprises to come for Playtech fans during the football season

At the end of Playtech’s £ 500,000 promotion, another promotion should be launched at the start of the new football season. Shimon Akad, CEO of Playtech, expressed his joy at the launch of the biggest promotion ever on Playtech’s casino network. He also thanked the online betting sites concerned for their contribution to the success of this great event.

Akad also stated that Playtech designs more than 50 new titles every year, each with several innovative features, and no other software developer can reach this level when it comes to offering gamers a range of games and updated. He added that a careful plan has been developed over the past nine months. This plan integrates a strategic programming of promotions, which will allow Playtech to offer fans exceptional promotions in 2017.

All players who create a new account on the Ace Kingdom casino can take advantage of a £ 10 free deposit bonus offered by Playtech. Once they make their first payment, they get a 200% bonus up to £ 300. Then there is a 50% match on the second deposit and another 75% on the third deposit. Additionally, players can take advantage of the “Wednesday Spin Collector” promotion which grants them a free spin each time they make a £ 20 bet. The “Sunday Spin back” promotion grants a free spin for every £ 1 loss recorded, and a maximum of 20 free spins can be earned. It should be noted, however, that players who reside in France cannot take advantage of the new £ 500,000 promotion organized by Playtech, since this publisher does not offer his real money titles to bettors from France.