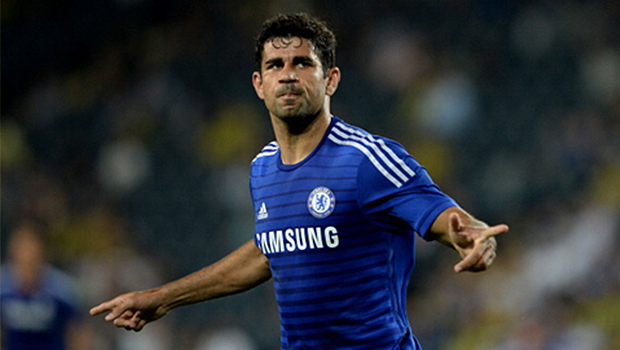 We’re a few matches into the 2014/15 Premier League season and the teams are finding their feet so the table is taking form and we are starting to see who’ll be challenging for the title come next May. The early stages have seen Chelsea fly off into the lead while the likes of Aston Villa, the ripped apart Southampton and Swansea have all been near the top of the table. Do the bookmakers believe that they’ll be able to stay there at the end of the season and upset the odds to claim their first Premier League title?

I take a look at who the bookmakers believe will be the 2014/15 Premier League champions and rate their chances.

The 2014/15 Premier League season is the second season of the return of Jose Mourinho and the man who has won everything there is to win in the game as a manager has done well over the summer. Diego Costa has been brought in to replace Fernando Torres, Demba Ba and Samuel Eto’o and with him bagging seven goals in the first five league games he is lighting up the league. He is ably assisted by former Arsenal and Barcelona man Cesc Fabregas as well as a solid defence and goalkeeper Thibaut Courtois, who played in the Champions League final last season. They have one of the top squads and managers in the league and look great value to win the title this year.

The reigning champions have had a tough start to the season as they were only sixth in the Premier League table after five games and already five points off the pace setting Chelsea. However, they have two Premier League titles to their name in the past three seasons and have barely changed their squad from last season so will fancy their chances at closing the gap to Chelsea by next May. In Sergio Aguero they have one of the top goal threats in all of Europe and with Yaya Toure driving the midfield plus their experience of taking the title in recent times they are certainly great value at odds of 4.00 to retain their crown.

The Gunners had a brilliant first half of last season as they led the league until Christmas before falling away after manager Arsene Wenger failed to strengthen key areas of the side in the January window as they ended the season fourth. They may have brought in Barcelona’s Alexis Sanchez on big money, but they are still lacking defensively this season and this is the reason they are so far off the pace in the betting markets.

Ultimately, the Premier League title race this season will come down to a straight fight between Chelsea and Manchester City as Arsenal, as well as the newly put together Manchester United side and the Luis Suarez less Liverpool, are lacking in too many places to challenge for the title. As well as this Southampton, Aston Villa and Swansea may have started well but lack the squads to continue at this pace towards the end of the season.

City offer the value in the title race this season, but I am struggling to see past Chelsea for the title this season, just as their odds on favourites tag suggests they will.